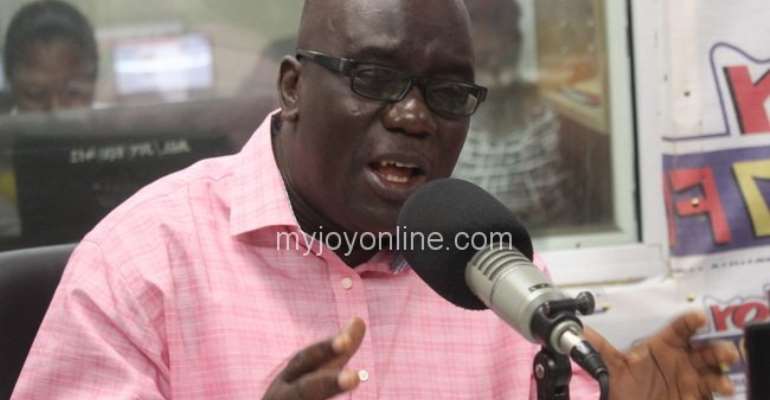 Kwadwo Owusu Afriyie also known as ‘Sir John’ has explained that it is not unusual for the presidential campaign team to go for a loan because of the party’s weak finances.

It behoves on the party, therefore, to pay the debt once the electioneering season is over, he told Joy New Thursday.

The loan was contracted for the party’s “D-Day operations” which is the last campaign push a few days before the elections. 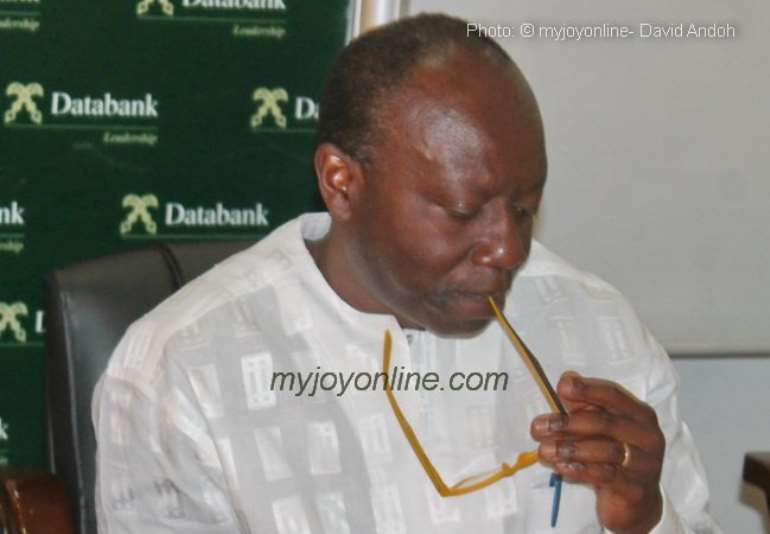 The letter was written to the NPP National Chairman Paul Afoko and copied to Ken Ofori-Atta who is former CEO of investment advisory firm Data Bank.

In response, the former Chief Executive Officer of Data Bank, says the confidential letter from the Prudential Bank requesting the payment of a ȼ2 million debt owed it by the NPP was leaked to create mischief.

He has clarified that although the loan was acquired to finance the party’s 2012 campaign, he as “Chairman of the 2012 Presidential Campaign Finance Team contracted and guaranteed for purposes of the elections” and this has nothing to do with the party.

Loans for campaigns not new
But Kwadwo Owusu Afriyie who was General Secretary at the time told Joy News Thursday, that although the NPP as a party did not go for the loan, it was generally understood that the loan was to benefit the entire party and not the presidential campaign alone.

The presidential campaign team could pull in more financial resources which eventually trickles down to benefit even parliamentary candidates.

In this case, he said, the loan was used to procure bicycles, motorbikes, T-shirts and cars to help the party and the presidential campaign during the elections. 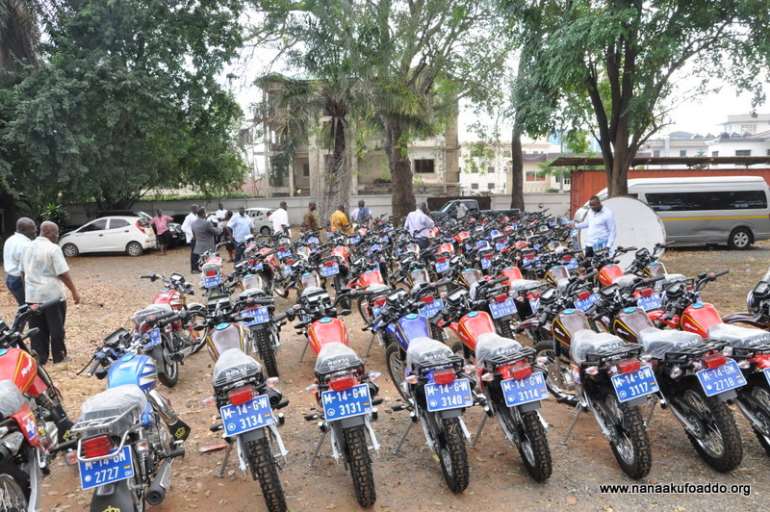 He recalled that when he was elected General Secretary in 2010, he met a debt procured to finance the 2008 presidential elections.

The loan was taken from Prudential Bank.
Sir John explained that he did not hesitate or shirk responsibility but went ahead to form a committee headed by Fred Oware to find money to pay.

The party eventually paid off the debt, he continued.

Explaining the rationale for the payment, he said, “if an ‘abusuapayin’ [family head] goes for money for the family it is the family that bails out the abusuapayin”

“So I think those who are at the helm of affairs today …..ideally will not even allow Ken Ofori Atta to say he will pay, they should have taken that responsibility on themselves as leaders of the party”.

Why we couldn’t pay under my tenure
Sir John says the party was unable to pay the Prudential Bank loan in 2012 because “we took our eyes off the ball a little bit”.

According to him, the party was in court after the 2012 elections to challenge the results for nearly 9 months. 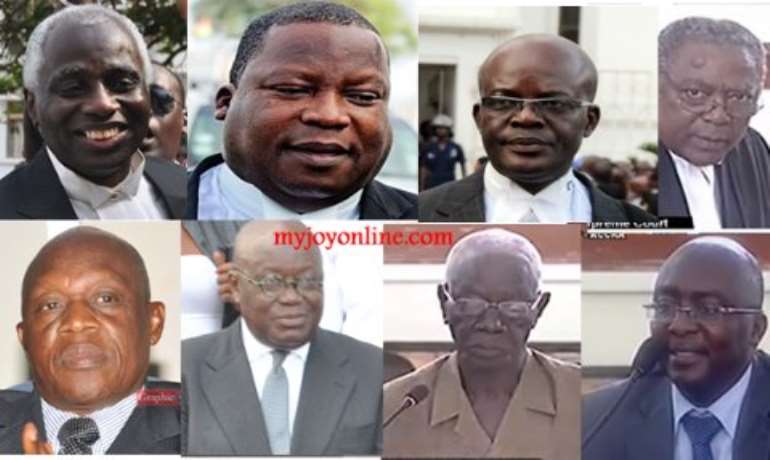 Soon after, the national executives had to organize polling station, constituency, regional and later national elections, he continued on Joy news.

He is urging the current leadership to pay.
Beleaguered General Secretary, Kwabena Agyepong, is reported to have said he will not pay the loan because the persons who contracted it and, in fact, withdrew the money from the account are not elected party executives.

The former NPP General Secretary also expressed disappointment that party insiders are leaking information to their rival, the NDC in order to embarrass the party.

Kwadwo Owusu Afriyie says he suspects some persons in the NPP headquarters leaked to the NDC, a letter detailing a 1.5million debt owed to Prudential Bank which has now ballooned to 2.2 million cedis. 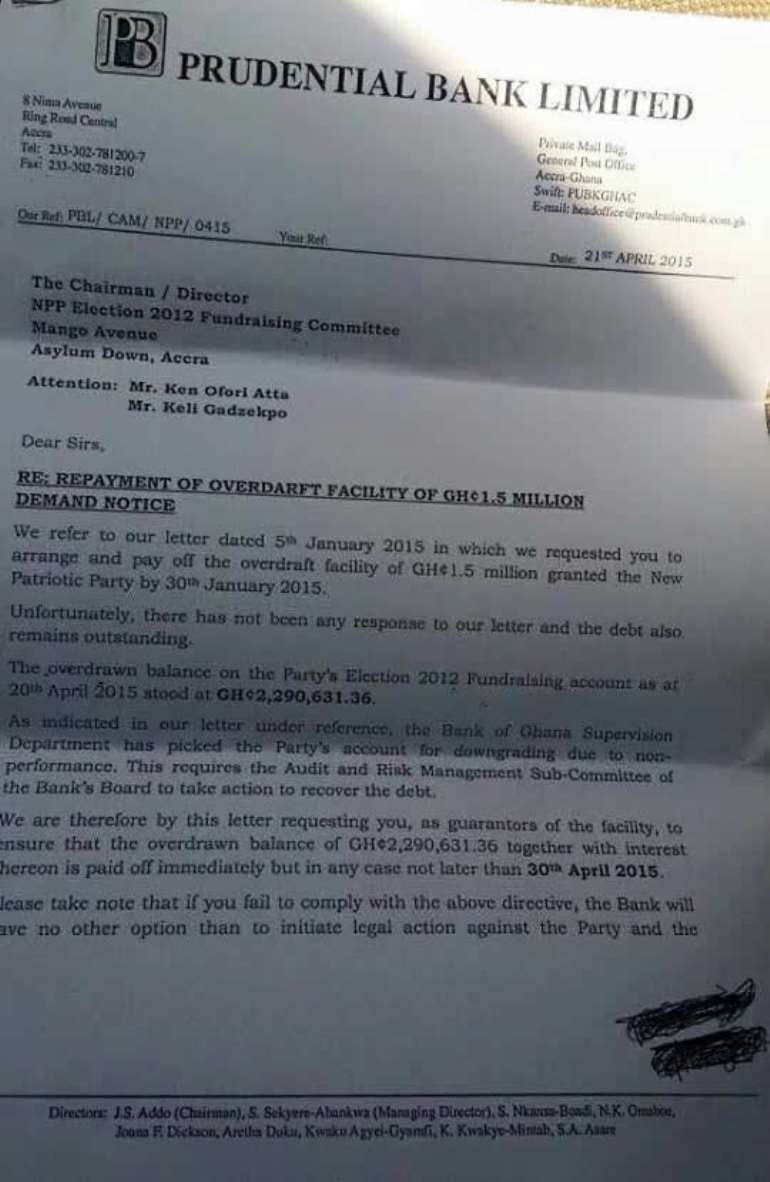 “Ideally the party must take the debt so if you won’t own up and Ken says he will pay why do you leak the information to an NDC paper?.”

“Ken is not afraid of debt. He has not said he won’t pay”, he noted but urged Paul Afoko and Kwabena Agyepong to organize the party to pay off the debt.

He commended Ken Ofori-Atta for helping out the party and urged him to continue supporting the party whenever it is cash-strapped.

“God bless Ken Ofori Atta. Don’t be discouraged…continue to help us whenever the party needs your help,” Sir John pleaded.