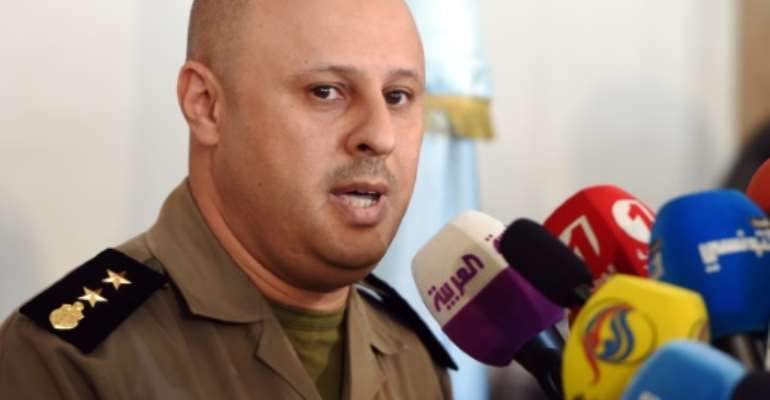 According to local media, Tunisian Defence Minister Belhassen Oueslati, seen in 2015, said army and national guard units were looking for unknown attackers who killed a soldier in his home November 5, 2016. By Fethi Belaid (AFP/File)

Tunis (AFP) - A Tunisian soldier has been killed in his home near central Mount Mghilla, an area where jihadist fighters operate, public television reported late Saturday.

Tunisian authorities gave no comment when asked for further details by AFP.

Tunisian forces have, since 2012, been trying to flush out groups of extremists holed up in the country's mountainous regions, notably Mghilla and Chaambi, in the central Kasserine region.

Since a revolution in 2011, Tunisia has seen the rise of a jihadist movement responsible for the deaths of dozens of soldiers and police officers as well as civilians.

A total of 59 tourists have also been killed.

The country has been under a state of emergency since a string of deadly attacks in 2015.