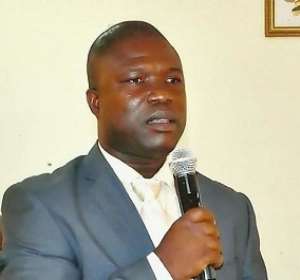 He told the Ghana News Agency that the policy is based on very diligent assessment of the problem, with its dimensional interplays including economic and social-cultural.

Mr Gunu was commenting on news reports, based on statistics at the Ave-Dakpa Health Center that, 61 basic school pupils were pregnant in two months and out of school.

He said pillars guiding the district's programme to overturn the trend include the fact that the issue is national, persistent and aligned to pace of development, income levels and lack of discipline.

Mr Gunu said there is a district oversight committee, working with inputs from the Department of Social Welfare to tackle the menace.

He said the formation of Girl Child Education Clubs and educational outreaches are among measures being adopted for the onslaught.

The DCE mentioned, NGOs, traditional authorities, churches, parent teacher associations and school management committees and boards, as among groups involved in the fight against the teenage pregnancy scourge.

He said punishment is an option in the fight while the Department of Social Welfare, coordinates education on adolescent sexuality, and investigate and push for the prosecution of defilement cases at the courts.

Mr Gunu said a very important dimension to the figures in the media is the 'pull effect of the presence of Dr Anthony Ashinyo, as the District Director of Health'.

He said Dr Ashinyo's work at the Maternity Department of the Regional Hospital in Ho, had given him the accolade of 'maternal health enthusiast', which could be drawing many people to the Ave-Dakpa Health Centre.

'So you see, many of the cases recorded at our Health Centre might be those, not from the district, seeking to see that man, Dr Ashinyo.'