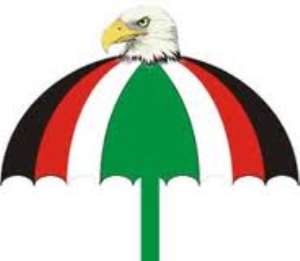 Accra, April 22, GNA - The Executives of the National Democratic Congress (NDC) in the Nandom constituency, have accused the District Chief Executive (DCE) of graft, gross disrespect and arrogance, and are therefore demanding his immediate removal from office.

The Executives alleged that since Mr Cuthbert Baba Kuupiel assumed office, he has amassed wealth to the neglect of providing the development needs of the people and failing to work to close the ranks in the party.

The Constituency Chairman, Mr Donnir Aiden, who accused the DCE of also neglecting the party's executives, told the Ghana News Agency (GNA) that party executives have subsequently petitioned the president to remove him from office.

'The actions of the DCE is a threat to the party's fortunes come 2016, and I am now very, very worried. If this man does not go we are going to get the shock of our lives in Nandom,' the chairman warned.

'The man is drawing us back, if the President does not remove the DCE we are likely to lose the seat,' he stressed.

Mr Donnir also alleged that the DCE has been bragging nobody could cause his removal from office because the people have no locus to do so since it was the president who appointed him.

The Constituency Secretary, Mr Lord Michael Baatuolkuu said the executives have organised eight meetings since assuming office but Mr Kuupiel failed to attend any though invitations were extended to him.

According to the secretary the DCE has allocated the party's Mahindra vehicle to 'his house boy', a situation that compels the executives to hire 'tipper truck' to attend social functions.

The executives claimed the DCE's demeanor has caused some NDC followers to defect to the opposition New Patriotic Party; a development they warned threatens unity and fortunes of the party.

However when Kuupiel was contacted by the GNA , he said the allegations are not true and that the party's code of conduct, structures and constitution does not allow aggrieved persons to even go to the media without exhausting existing internal structures.

He said the executives are fully aware of the consequences of their action by going to the media to get their concerns addressed.

'I am saying that all the allegations are not true and that there is party grievances procedure, which should be used if they really want so call grievances to be addressed,' he said.

'The party does not allow executives to solve party problems or bring out party grievances through the media, that is the point I am making to you and I don't want to be seen committing the same mistake through your medium,' he emphasised.