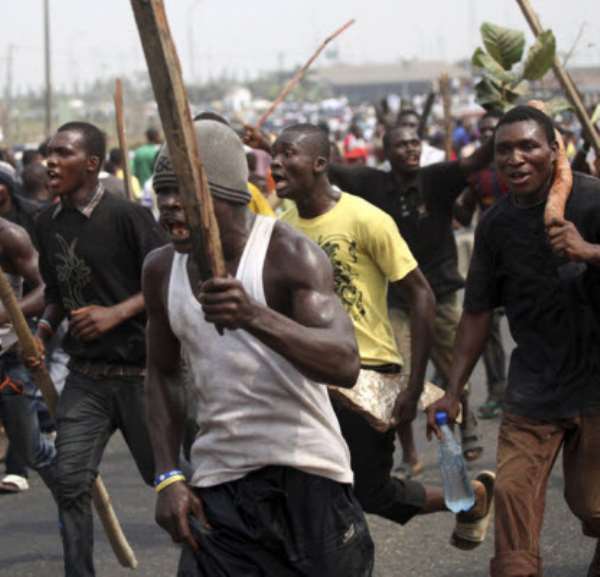 SOUTH Africa's ongoing xenophobic attacks against African migrants could take an ugly turn for the worse after Islamist terrorist group Boko Haram gave Pretoria 24 hours to halt the pogroms or face the consequences.

In a brief YouTube video message, the murderous terrorist sect responsible for about 13,000 deaths in Nigeria since 2009, threatened to export its terror to South Africa. Boko Haram warned that if the South African government does not contain the situation, it will execute all South Africans living in Nigeria, Chad, Niger and other surrounding countries.

It also threatened to attack South African embassies in the countries. It has not yet been ascertained if the message is genuine or not.

With South Africa's economy in a downward spiral, local people in major cities like Durban and Johannesburg have taken their frustration out on fellow Africans. Dozens of migrants have been murdered on the streets in cold blood but according to Nigeria's minister of state for foreign affairs Senator Musiliu Obanikoro, the country is yet to suffer any casualty yet.