UCC calls for investigation into alleged sale of university's certificates 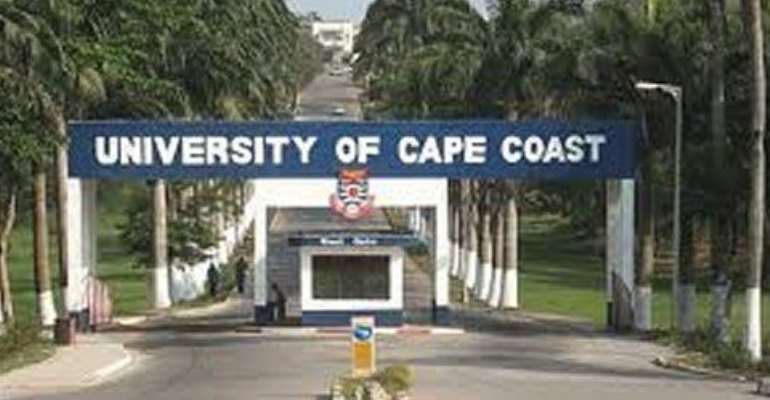 The University of Cape Coast has called on the Bureau of National Investigations (BNI) to investigate the Nkwanta-North District education directorate of the Volta Region.

This follows reports that teachers in the district were selling the University's certificates to students there.

Deputy Registrar in charge of academic affairs, Jeff Teye Onyame in an interview with Joy News said the university was not selling certificates.

“UCC is not selling certificates, some individuals have taken it upon themselves to go and fake certificates purported to have been issued by the University”, he said stressing that “UCC certificates are not for sale”.

He said the District Directorate failed to conduct due diligence before employing persons who claim to be graduates of the university.

Mr Onyame said the BNI is investigating the matter, as well as several others which have occurred in the past.

He wants all institutions in the country to cross check from the University to authenticate the veracity of certificates being presented to them.

Teachers in the District, Wednesday expressed disgust over the alleged issuance of UCC Diploma Certificates in Education to Senior High School (SHS) drop outs by the Deputy Director in Charge of Finance and Administration at the District office.

The aggrieved teachers, who call themselves the Concerned Teachers of Nkwanta North District, were planning to embark on a demonstration after the discovery of the fake certificates in the hands of the drop outs.

According to the teachers, the Assistant Director of Education in charge of Finance and Administration, Rev. John Koesa Ayayee, has been mentioned by the certificate holders as the person who provided them with the documents.

They also alleged that the Assistant Director had collected È»500 each from them so they could be employed and work as teachers in the area.