Why is Africa increasing spending on Defense Issues? 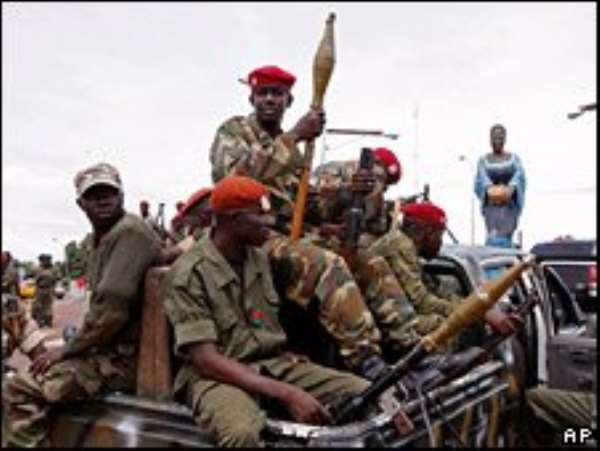 Just this week it has been announced that Kenya has spent $29 Million on Arms Purchases from Eastern Europe in 2014. This is the equivalent of 2.6 Billion Kenyan Shillings. The items purchased were self-propelled artillery and armored personnel carriers.

It was also revealed that over $20 Million in Arms were also secured from the Russian Federation and to contrast the Country purchased $1 Million from Germany. We know that Kenya is facing a major security issue along its Northern Border as islamic Militants run roughshod within Somalia. With the recent collapse of the Government in Yemen the problem is expected to get worse for the rest of the year.

According to SIPRI (Stockholm International Peace Research Institute) over the last decade Arms Sales to Africa are booming. Between 2005 and 2014 the sales of Arms to Africa increased by 45%. With the Bulk of the purchases made by Three Nations they are Algeria, Morocco and Sudan. In fact five Nations Angola, Swaziland, Algeria, Ghana and Namibia actually doubled their Defence Spending between 2004 and 2013.

There are pockets of instability all over Africa. Somalia and the Central African Republic are failed States, Militias rampage through the Democratic Republic of the Congo, Boko Haram has spread its reign of terror beyond Nigeria into the neighboring states of Chad, Cameroon and Niger. We cannot forget the internal strife within South Sudan. With the purchases it appears that President Bashir hasn't either.

Speaking of Nigeria there is an underlying concern regarding how its spends Naira trying to defeat Boko Haram. On the Ground there are concerns about the equipment that is being supplied to the troops on the front lines but there is also concern regarding the lack of strategy in its current policy of Arms Purchases. It is done in such a haphazard way that it acquires a substantial amount of second hand equipment.

There were two more interesting factoids as well. First of all Uganda has been purchasing various High Tech Weapons Systems. The Sukhoi Su-30 Fighter is a Prime Example of their Purchases. Secondly Seafaring States such as South Africa and Ivory Coast have purchased small and cost effective vessels to improve maritime security. It seems that Piracy is a concern in Africa and not just in the Gulf of Aden.

It seems that the Major African States (Angola, Algeria and South Africa) are attempting to mold their Militaries into effective forces that could handle any future crisis situations. They are willing to spend the Money to do so.

The Author is the President of Red Eagle Enterprises which includes the Blog Confused Eagle (confusedeagle.livejournal.com) He can be reached at [email protected]