By GNA posted by MD 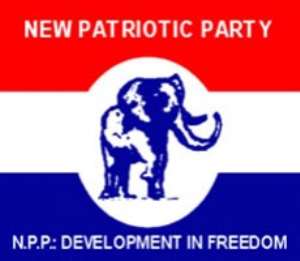 The New Patriotic Party (NPP) in the Western Region has said the party would sanction Mr. Amos Kofi Brown, who was arrested for his alleged involvement in police recruitment scam in the Region.

The Western Regional Organiser of the NPP, Mr. Mohammed Ganiyu, confirmed to the Ghana News Agency on Sunday that the suspect is the current Assistant Secretary of the Party in the Takoradi constituency.

He said although the suspect is a party member, it was not the party that commissioned him to defraud people and he did not use the letter-head of the party for his fraudulent activities.

“People who joined the party came from their respective families and with different character trait therefore we cannot tell who is bad or good but since he has been arrested for defrauding people let the law take its cause” Mr Ganiyu said.

The Western Regional Police Command arrested Amos Kofi Brown, 40, for allegedly duping about 40 persons of various sums of money, under the pretext of facilitating their recruitment into the Ghana Police Service.

According to the Police, each of his victim paid GH¢4,000 to him.

The police said when a search was conducted in the house at Bakaekyir, near Sekondi 16 photocopies of result slips, four Ghana Police appointment letters and prospectus, six birth certificates, list of names of the alleged victims amongst others were found in his room.