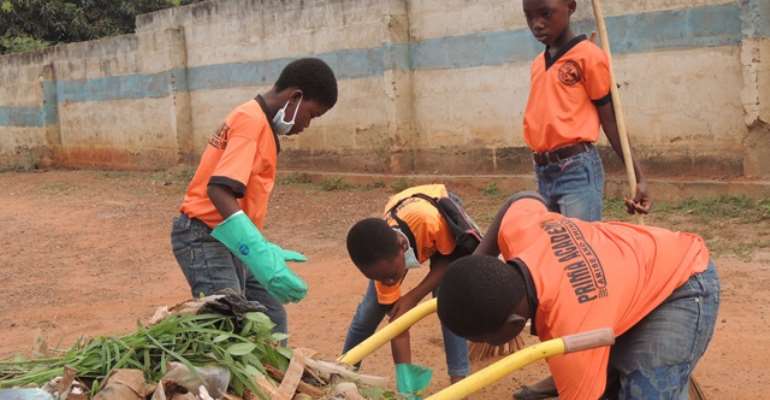 The fourth edition of the National Sanitation Day (NSD) exercise, for the first time, recorded the highest attendance in Tamale which hosted the Local Government Minister, Julius Debrah and his entourage.

By 5am on Saturday morning, most residents were already out in their numbers on the streets within the metropolis clearing chocked gutters and clearing heaps of refuse in commemoration of the day.

The enthusiasm exhibited by residents, including chiefs and opinion leaders, soon saw most principal streets being rid of filth contrary to what was seen in Accra and Kumasi where turnout was nothing to write home about.

Shop owners in the region adhered to the directive of the committee tasked to ensure that shops in the central business district were closed until 12 noon when the exercise was over.

Many believed the turnout in the region was as a result of the numerous campaigns by the local government minister himself to whip up interest in the event during his week-long visit to the Northern Region.

Mr Debrah commended the people of the Northern Region for the massive turnout during their turn of the exercise, observing that it was proof that residents were concerned about sanitation issues.

He noted that the commitment and passion which the people of the north showed were an indication that the country could get filth out of the major cities and towns.

Mr Debrah therefore appealed to other regions to emulate the good example of Tamale residents when they take their turns.

The minister was particularly happy about the attendance of chiefs, security services, all political parties, interest groups and identifiable institutions including banks.

It would be recalled that the local government ministry relocated to Tamale last Monday to encourage the people in the region to participate in the clean-up exercise and encourage citizens to show interest in the upcoming district level elections.

As a result, Members of Parliament in the Northern Region, led by the caucus leader and MP for Yapei-Kusawgu, Amadu Seidu, and Haruna Iddrisu, MP for Tamale South, all took part in the exercise.

On his part, the Gulkpe Naa, Abdulai Alhassan, urged the people of Tamale, especially women, to desist from indiscriminate littering of the environment, noting that the rate at which empty sachet water rubbers were disposed of on the streets of Tamale was unacceptable and called for an attitudinal change.

Addressing a large crowd at the Tamale main taxi rank after the National Sanitation Day (NSD) exercise, Gulkpe Naa assured government that the chiefs in the region would continue to support government initiatives geared towards improving the welfare of the people.

According to him, it would be unfair on the part of the chiefs not to recognise developmental projects being undertaken by government and urged government to continue its good work to better the lives of the people.

His colleague, Dakpema Naa Alhassan Mohammed Dawuni, used the opportunity to call on the youth to always embrace peace because it is the prerequisite for development and appealed to people who are bent on creating friction between him and the Gulkpe Naa to stop or be prepared for disgrace.

Naa Alhassan Dawuni disclosed that the Gulkpe Naa has been his longstanding friend and that no amount of efforts can mar their friendship.

According to him, both of them are traditional rulers who guide the people under their jurisdictions in the right path, adding that they do not tolerate people who do not have the interest of the region at heart.

The Metropolitan Chief Executive for Tamale, Hanan Abdul Rahman Gundadow, urged residents to cultivate the habit of cleaning their surroundings on daily basis, appealing to them to protect the dustbins that have been placed at vantage points in the metropolis.

The mayor indicated that the dustbins are meant for collection of rubbish and pleaded with the people to allow them to remain where they have been positioned.