Impact Of Corruption On Ghana’s Development Agenda: Concerns Of The Centre For African Democratic Affairs (CADA) 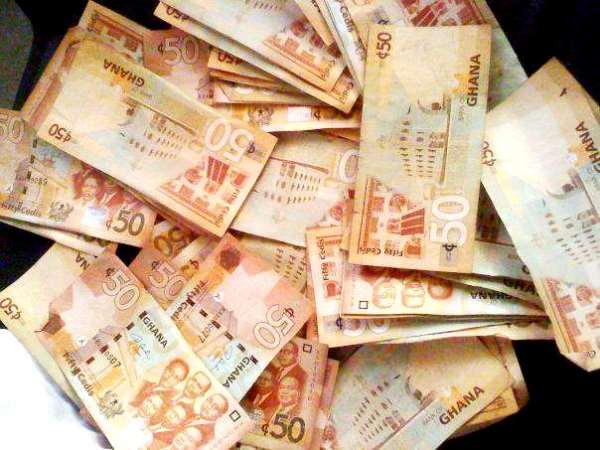 The issue of why corruption is a viable enterprise in poor countries including Ghana has often been raised on various paltforms. The causes of corruption are myriad; and they have political and cultural variables. The Centre for African Democratic Affairs (CADA)has recently observed that, there is a strong perception that seeks to establish a link between corruption, social diversity and ethno-linguistic fractionalization.

CADA has noted with a great amount of concern that corruption today has become widespread in most African countries including Ghana. The culture of the Ghanaian society has made almost every citizen more prone to corrupt activities. However, CADA is of the view that the fundamental factors that engendered corrupt practices in Ghana include: great inequality in the distribution of wealth; political office serving as the primary means of gaining access to wealth; conflict between changing moral codes; the weakness of social and governmental enforcement mechanisms; and the absence of a strong sense of national community.

The lack of ethical standards throughout the agencies of government and business organizations in Ghana is a serious drawback. The issue of ethics in public sector and in private life encompasses a broad range, including a stress on obedience to authority, on the necessity of logic in moral reasoning, and on the necessity of putting moral judgment into practice. CADA believes that other factors are poor reward system, greed, peer community and extended family pressures, and polygamous household. The influence of extended family system and pressure to meet family obligations are more in less developed societies. Dysfunctional governance and ineffective taxing systems, which make it difficult to track down Ghanaians financial activities, besides, weak institutions and cultural values breed corruption in Ghana.

CADA trusts that although the incidence of corruption varies among African countries, ranging from rare in Botswana to widespread and systemic in Ghana.Corruption in Ghana, in recent years has reached “cancerous” proportions and is demonstrating negative impact on the country's development process. The effect of corruption is the same in both public and private spheres in that the canker results in the misuse of scarce resources that have significantly affected the entire economy through multiplier effects is obvious. It stares in the face of every Ghanaian and for observers of the Ghanaian economy to see.Corruption is negatively associated with developmental objectives. CADA hopes that controlling or eradicating corruption in Ghana will even assume greater significance in the country's quest for development.

CADA is of the view that very soon Ghana will begin to attract one of the lowest rate of direct foreign investment in the world if the soaring negative perception of corruption continues. Those in positions of responsibility and who involve themselves in all manner of corrupt practices can expropriate the country's limited wealth to themselves and to their cronies. What this means therefore is that the private sector is forced to engage in rent-seeking activities, rather than competitive activities to make and maximize profits. When this happens, neo-patrimonialism which is a perverse system that awards economic and political benefits to politicians and their followers becomes pervasive.

In Africa, particularly in Ghana, corruption is flourishing as a result of distortions in the policy and regulatory regime and the weakness of institutions of restraint such as CHRAJ, EOCO, etc. Corruption in Ghana is affecting the vulnerable disproportionately, due to their powerlessness to change the status quo and inability to pay bribes, creating inequalities that violate their human rights.Corruption is hindering Ghana's economic development, reducing social services, and diverting investments in infrastructure, institutions and social services.

Corruption is no doubt negatively impacting on Ghana's economic growth and increasing public spending on education and other sectors. The effect of corruption on education, in the view of CADA, comes from the fact that the government deliberately allocates relatively more funds towards specific sectors to make room for graft. And corrupt government officials would shift government expenditures to areas in which they can collect bribes easily.

Large and hard-to-manage projects, such as airports or highways, make fraud easy to manipulate and are usually used for those conduit pipes. A new report by Transparency International shows that Ghana's educational sector, for instance is riddled with corruption. The 2013 Global Corruption Report predicts that the standard of education is falling in Ghana because corruption has tainted schools and universities in the country.

Also,in Ghana, development projects are often made unnecessarily complex as a way to justify the corrupt and huge expense on it. A typical example is when Ghana's Black Star participated in the 2014 FIFA world cup in Brazil. CADA calls on all Ghanaians to continue to follow Government next actions on the report expected to inject some sanity into the financial management of football in this country.There is no doubt that Ghana has enough resources to tackle its poverty challenges. Should the government win its battle against corruption and mismanagement; the resources will start to turn into functioning schools, health services and water supply, thus laying the foundation to eradicate poverty.

On Friday, 15 November 2013, President Mahama gave Ghanaians a ray of hope of presidential commitment to end corruption in Ghana when he delivered perhaps one of the most consequential speeches of his presidency---on corruption. This was during one of his scheduled regular meetings with anti-corruption campaigners at the Flagstaff House. Contained in that speech were directives to various officials and agencies to take certain measures in a manner that sought to underline his renewed commitment to fight corruption in the country.

The President gave the following specific directives or assurances:Attorney-General (AG) to prosecute all those indicted under the GYEEDA and Subah corruption allegations and to suspend all payments under the policy; AG to retrieve the monies wrongly paid to Waterville and Isofoton; promised to execute with alacrity the report of the Judgment Debt Commission as and when it is presented to him; and gave a three months grace period for his directives to be complied with.

CADA would leave the judgment as to whether the ''talk has been walked'' to Ghanaians. Even when a court of competent jurisprudence in Ghana had ordered Alfred Woyome, the known NDC sympathizer and bankroller to refund an amount of GHC53million Ghana Cedis wrongly paid to him as part of a specter of judgment debts there is no evidence to suggest that the court's order has been complied with.Ghanaians still remember the corruption scandal relating to GRA/Subah InfoSolutions Limited in whichthe Ghana Revenue Authority allegedly paid millions of Ghana cedis to Subah InfoSolutions ltd.

The facts of the case is that Subah InfoSolutions Ltd., was contracted in 2010 by the Ghana Revenue Authority (GRA) to provide telecommunication traffic monitoring and is reported to have been paid an atrocious sum of GHC144 million over the period. Other Ghanaians also remember The Ghana Youth Employment and Entrepreneurial Development Agency (GYEEDA) for the wrong reason following allegations of financial rot and corruption in the organization set up in 2006, a ministerial committee was set up by the now sacked Minister of Youth and Sports, to look into allegations of massive corruption and fraud that had resulted in the loss of over GHC 950 Million. The report of the investigations confirmed that the Government flagship youth employment program had become the conduit for siphoning state funds in corrupt practices perpetrated by government officials.

CADA believes that corruption wastes skills as precious time is wasted to set up various commissions to investigate issues in attempts to fight corruption, and monitor public projects that are often abandoned by some unscrupulous politicians and contractors. It also reduces the quality of products and services offered to the public by some unscrupulous companies. Corruption brings about political instability. It can cause social revolution and military coups, as we have seen in some countries around the world. Even in government business transactions, bribery and corruption create the culture of late payment, and delays and refusal to pay for services already executed. The image of a nation where corruption is prevalent is badly tarnished. We dare say that the economy of Ghana would continue to nose-dive due to its inability to deal with bribery and corruption.

There is no denying the fact that corruption is rife in government and the civil service in Ghana. The canker has gained hold of every sphere of the Ghanaian society from the seat of national government, national ports, police service, the various ministries including education, local government, sports, health, etc to the extent that a person looking for a job cannot gain employment with just an application and a curriculum vitae, and it is critically important that government sets its priorities on course to tenaciously and firmly address the issue of corruption which many believe has soared under President Mahama.

As we usher into the year 2015, CADA urges the government to 'walk the long, winding talk it has done over the years and demonstrate the required political will to quickly prosecute all known corrupt persons be they politicians, ministers, public officials and other government officials are arrested and punished where necessary to serve as deterrent to others who see political positioning as an easy avenue to loot the resources of the nation.