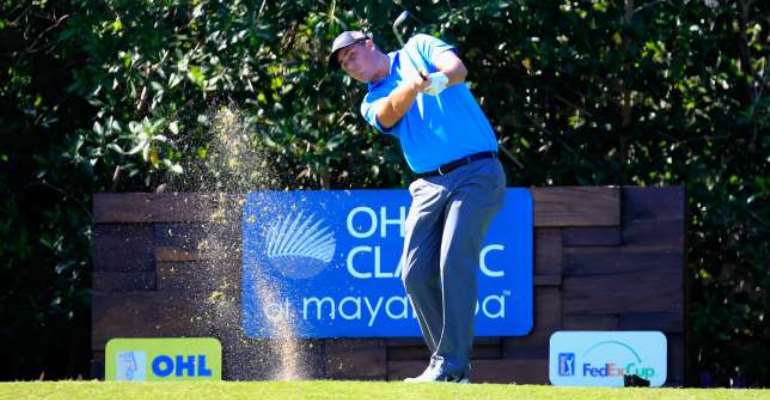 The American birdied five of his first eight holes as he moved into 12 under, a shot clear of countrymen Shawn Stefani and Jason Bohn at the halfway mark.

Putnam holed two birdies on the back nine at the El Camaleon Golf Club in Playa del Carmen, Mexico, to put himself in contention for a first win on the PGA Tour.

"I've kept the ball in play really well," he said.

"It's a tight golf course and got to keep it between the trees. After that, I've hit a lot of greens and made a lot of two-putts. I did make about a 10-footer for par on 16 - probably the hardest hole on the course.

"Other than that, it was a pretty easy bogey-free round."

Stefani produced a 65, featuring seven birdies and a bogey, while Bohn went through bogey-free with six birdies.

American Ken Duke (63) is outright fourth at 10 under after also going through without a blemish.

A group of four players are at nine under, including German Alex Cejka (67), Canadian David Hearn (65) and Americans Nicholas Thompson (65) and Will MacKenzie (68).

Defending champion Harris English (71) is tied for 46th at four under.