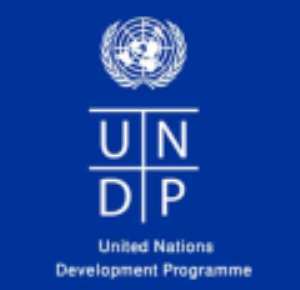 UNDP developed the Program in response to the December 2013 crisis. It seeks to enhance national capacities for early recovery, peace building and reconciliation in South Sudan. Speaking at the official launch of the programme, Mr. Balázs Horváth, UNDP Country Director, emphasized the importance of the Programme, saying “This is a pilot Programme. Our intention is to replicate what we do well and equally, learn from challenges we encountered.”

UNDP is working with a number of development partners and NGOs to implement the pilot activities. Under the programme's Peacebuilding &Conflict Prevention pillar, UNDP is working closely with the International Rescue Committee to support mechanisms that allow coordination and information sharing across the camp leadership structures. In the Justice and Rule of Law pillar UNDP partnered with UNPOL in training and equipping 46 members of the community watch groups, including16 females, to undertake policing and deal with cases of Sexual and Gender Based Violence. Finally, the Livelihoods and Employment pillar, UNDP is working with Nile Hope to strengthen competencies of 120 people, 95 of whom are women and 25 men, in catering, hairdressing and tailoring. Some trainees are already using their new-found hairdressing skills to earn money from fellow IDPs at the PoC.

During the launch, participants in the pilot projectsexhibited their products based on the training they received. As part of the launch, UNPOL also exhibited training activities implemented in partnership with women living within the PoC site. In comments, the women's leader at the PoC, Ms. Nyatel Wuor stated, “we now feel that we are not in an Island. We can work and earn money.”

Other speakers in support of the programme during the launch included UNDP's implementing partners from the International Rescue Committee and Nile Hope, a local NGO. A representative from ACTED – the organization that manages the PoC site said she was “particular excited by the emphasis that the Integrated Crisis Prevention and Recovery Programme places on dialogue and reconciliation.”

Mr. Balázs Horváth also stated, “We are also working outside this community as part of this Programme. We support the National Platform for Peace & Reconciliation to create space for South Sudanese men and women to participate actively in the search for peace, healing, and reconciliation. This initiative has reached Lakes, Jonglei, Warrap and Western Bahr El Ghazal states. We plan to roll it out to other states – including opposition-held areas.”

In similar efforts, UNDP supported the establishment of the first Emergency Call Centre in Juba, and assisted the independent Judiciary to build its capacity and expand its reach so that disputes are resolved in accordance with fair trial principles and credible justice processes. In Mingkaman, Lakes state, UNDP is supporting the construction of a market place to create sustainable livelihoods while providing emergency employment for the local population.

Mr. Balázs Horváth ended his remarks by applauding “the great partnership” that UNDP has had with UNMISS Reintegration Rehabilitation and Peacebuilding, UN Police, ACTED, Nile Hope, IRC, Non-Violent Peace Force, and the community leaders who welcomed and worked with UNDP. “…Let us keep up this spirit of cooperation – because together, we can do a lot for South Sudan.”

Other dignitaries who attended included diplomats and representatives from Switzerland, Turkey, Eritrea, the World Bank, and the UK's Department for International Development (DFID).

The event concluded with the UNDP Country Director officially launching the pilot projects at the UN House PoC site.