Once the FBI has a backdoor into your smartphone, everyone does 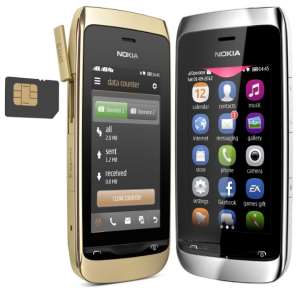 FBI director James Comey said this week that tech companies should not be allowed to put cryptographic locks on mobile devices so they can't be accessed by U.S. intelligence agencies.

Comey, speaking at the Brookings Institute yesterday, criticized reactions by Apple and Google in the post-Edward Snowden era to offer encryption on iPhone and Android smartphones.

Comey said locking the government out of mobile devices with encryption will endanger criminal investigations and national security because bad guys will be able to operate in a “black hole.”

He also suggested the Obama administration may seek regulations to force tech companies to offer a backdoor for the government to unlock data stored on the smartphones. “Perhaps it's time to suggest that the post-Snowden pendulum has swung too far in one direction — in a direction of fear and mistrust,” Comey said. “Are we so mistrustful of government — and of law enforcement — that we are willing to let bad guys walk away?”

The problem with giving the government a backdoor into smartphones and other electronics is that it also opens them up to the bad guys, according to experts.

“Backdoors are nice, but they're exploitable. If we were to allow the FBI to have a backdoor, it would only be matter of time that someone who was not sanctioned by government would find their way into that door,” said Jon Tanguy, senior technical marketing engineer from Micron, a maker of solid-state drives (SSDs).

Tanguy pointed out that not only are hackers smart and able to find backdoors, but any employee of a tech company who'd been involved in encryption deployment would be able to share that information.

Micron has standardized around self-encrypting drives (SEDs) for laptops and desktops for the past three years. The company is preparing to release SEDs for data centers, and it has refused to put in backdoors because doing so would essentially disable the government-grade AES 256-bit encryption on the drives.

Micron is not alone. Several solid-state drive (SSD) makers, including Intel, Samsung and Seagate, have chosen the Trusted Computing Groups Opal 2.0 AES 256-bit encryption specification to lock down products. The spec allows users to lock away data so securely that even a supercomputer would need years, if not decades, to crack the passcode.

And it won't be getting easier anytime soon. On its way into the industry over the next several years is an  AES 512-bit encryption specification .

Comey's concerns are not unwarranted. On one hand, the government does not have carte blanche to access a citizen's private information or chats without a warrant. On the other hand, there was a time before smartphones and personal computers when a warrant allowed law enforcement and intelligence agencies to do just that. Encryption makes that latter prospect much less likely.

The problem is that once a security hole is created, it compromises the device.

Ironically, the AES specification was created more than a decade ago by the U.S. Government's own National Institute of Standards and Technology.

Like the Ebola virus, the threat to national securty and law enforcement investigations is more senational than a real threat to U.S. citizens. Placing backdoors in mobile devices opens them up to something more like a widespread influenza epidemic in that the vast majority of security breaches have been because of devices that were stolen or lost. Once that happens, a backdoor becomes vulnerable to exploitation for monetary gain.

“I don't want to comment on whether backdoors are good or bad,” Tanguy said. “But, if we were to build in a back door, someone would find a way in, and whether that someone wears a white or black hat, we wouldn't know.”