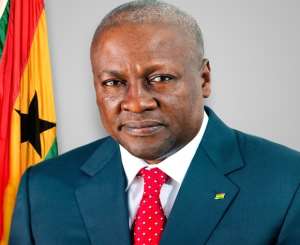 Ghana president John Dramani Mahama says his government has not decided to host the 2015 Africa Cup of Nations.

Last week, CAF wrote to Ghana and South Africa to be on standby should Morocco decided to pull out hosting the tournament next year due to the outbreak of the Ebola virus.

Sports Minister Mahama Ayariga was quoted as saying the country has the wherewithal to step in as hosts and that attracted a lot of resistance from civil society groups including the Ghana Medical Association.

But president Mahama has moved to clarifying the issue speaking to Ghanaian in the United Kingdom.

“We haven't taken a decision to host,” Mahama said.

“I am President of Ghana, I chair cabinet. No such decision has been taken by cabinet advising me to accept to host.”

He added that: “I want to tell you that we will take the best interest of Ghanaians at heart. As President, I don't want to see Ebola spread to my country and so if Morocco expresses concern that that is one of the concerns for which they want a postponement, we are going to look at that carefully before we host AFCON or not, but certainly 2017 we are putting in a bid for it.”

Akufo-Addo Commends China, US, Jack Ma, Others For Support
6 minutes ago