Halting Guinea flights over Ebola would be 'nonsense': France 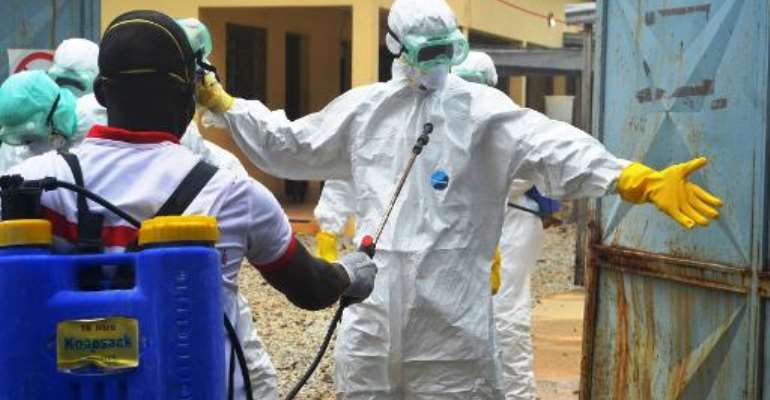 Guinea's Red Cross health workers prepare to carry the body of an Ebola victim at the Medecin sans frontieres treatement centre in Conakry on September 14, 2014. By Cellou Binani (AFP/File)

Speaking on a visit to Beijing, Laurent Fabius dismissed the unions' claim that the airline's daily Paris-Conakry flight increased the risk of spreading the disease, particularly in France.

"All the experts are telling us that from a medical point of view that would be total nonsense," Fabius said.

"If that option no longer existed, people would find other ways to leave the country. They would take a flight from another country and if they were carrying the virus no one would be checking," he said.

Air France flight attendant unions on Friday called for a closure of the route until the epidemic is under control, underlining that other airlines, such as British Airways and Emirates, had suspended flights to Guinea's capital.

France on Saturday began carrying out health checks on travellers arriving from Guinea, one of the worst-hit nations alongside Liberia and Sierra Leone.

France and China both have significant economic concerns in west Africa, and reaffirmed their commitment to the fight against the epidemic on Sunday through humanitarian assistance and joint scientific research.

The worst-ever outbreak of the deadly virus has killed more than 4,500 people, almost all in west Africa, with close to 2,500 deaths registered in Liberia alone.

But several isolated cases among health workers in the US and Europe have sparked fear that the epidemic could turn global and prompted Western countries to ramp up their response.

The World Bank has warned the world is losing the battle against the deadly virus, which spreads via contact with bodily fluids and for which there is no licensed treatment or vaccine.