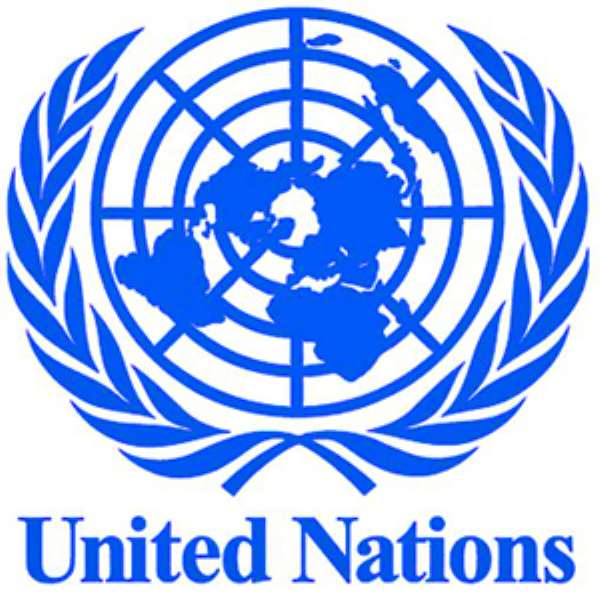 NEW YORK, October 15, 2014/African Press Organization (APO)/ -- The Ebola outbreak is “winning the race” against attempts to contain it, the head of the United Nations mission working to stop the deadly virus warned the Security Council today as he urged the international community to help expand on-the-ground efforts across the affected nations in West Africa.

In his briefing, Anthony Banbury, head of the UN Mission for Ebola Emergency Response (UNMEER), told the 15-nation Council that he is “deeply worried” that the steps implemented by the international community are “not nearly enough” to halt the advance of the fatal disease.

“Ebola got a head start on us,” he said. “It is far ahead of us, it is running faster than us, and it is winning the race. If Ebola wins, we the peoples of the United Nations lose so very much…,” he said.

“We either stop Ebola now or we face an entirely unprecedented situation for which we do not have a plan,” Mr. Banbury told the Council via video link from the operation's headquarters in Ghana.

In its most recent situation report on the disease, the UN World Health Organization (WHO), which is leading the wider UN response, reported 8,376 cases and 4,024 deaths from Ebola based on information provided by the Ministries of Health of Guinea, Liberia, and Sierra Leone, whose UN delegations were represented at today's Security Council briefing.

The agency notes that the upward epidemic trend continues in Sierra Leone and most probably also in Liberia. By contrast, the situation in Guinea appears to be more stable, though, in the context of an Ebola outbreak, a stable pattern of transmission is still of a very grave concern, and could change quickly.

“With every day that passes, the number of sick people increases,” continued Mr. Banbury. “Time is our biggest enemy. We must use every minute of every day to our advantage and that is what UNMEER is doing.”

Mr. Banbury recalled WHO's recommendation that, within 60 days of 1 October, 70 per cent of all those infected must be in the hospital and 70 per cent of the victims safely buried, if the outbreak were to be successfully arrested. Otherwise, he warned, the Ebola numbers risked rising “dramatically” and overwhelming the overall response.

In particular, he called for an increase in the number of diagnostic laboratories, transport support, and funding to help with operation logistics which, he said, would help aid the UN response to a crisis so vast in scope and magnitude.

Moreover, with the number of infected growing exponentially each day, Mr. Banbury cautioned that UNMEER could expect new caseloads of approximately 10,000 people per week by 1 December, meaning that 7,000 beds for treatment were needed. He noted that his Mission expected to have 4,300 beds in treatment centres by that date but lamented that there was no staff to operate many of them under current plans.

“UNMEER is playing the critical role of crisis manager,” he added, “but responding to a complex crisis, especially one that cuts across multiple national boundaries, requires an overall perspective and a comprehensive plan.”

The UNMEER head pointed out that his mission plan would ultimately ensure that no gaps were left unfilled and that resources were allocated appropriately, all the while permitting Governments to own the Ebola responses in their respective countries.

“There's much bad news about Ebola but the good news is we know how to stop it,” said Mr. Banbury, while emphasizing that failure was “inconceivable” and “unacceptable.”

“We must defeat Ebola and we must do it fast,” he concluded.

Meanwhile, earlier in the day, a UN children's rights official briefed reporters on the broader UN response to the Ebola outbreak.

Speaking at a press conference in Geneva, the UN Children's Fund's (UNICEF) spokesperson, Christophe Boulierac, reported that an upcoming conference to be held on 16 and 17 October in Kenema, Sierra Leone, would confront the issues facing Ebola survivors as well as the caring of children infected or affected by the disease.

Alongside the devastating physiological effects of the virus, the outbreak has ignited panic and fear across affected areas with some survivors, victims, and their children, being spurned by their local communities.

Mr. Boulierac noted that one “creative” method to help treat and care for children in a more compassionate manner involved the use of Ebola survivors who could provide those children with the attention they need at no risk to themselves or others. Ebola survivors, as medical professionals have frequently reiterated, are no longer capable of contracting the virus. In addition, he pointed out that the conference would address the stigma and discrimination facing Ebola survivors as such challenges undermined their recovery.

In other news, Karin Landgren, head of the UN Mission in Liberia (UNMIL), announced the death today of the United Nations Volunteer who worked in the Mission's medical team and was evacuated to Germany last week to receive treatment for Ebola. This is the second death at UNMIL due to Ebola, after an earlier probable case that resulted in the death of a national staff member on 25 September.

“UNMIL colleagues are saddened by the tragic news as they continue to serve at this very difficult time. Our thoughts now are with the family and friends of the departed,” a UN spokesperson said today in New York.

As for international support against Ebola, the spokesperson noted that the International Atomic Energy Agency (IAEA) has announced that it will provide specialized diagnostic equipment to help Sierra Leone in its efforts to combat the outbreak. That support will later be extended to Liberia and Guinea.

It will consist of supplementing the country's ability to diagnose Ebola quickly, using a technology known as Reverse Transcriptase Polymerase Chain Reaction (RT-PCR). Early diagnosis, if combined with appropriate medical care, increases the victims' chance of survival and helps curtail the spread of the disease by making it possible to isolate and treat the patients earlier, the spokesperson explained.