Michael Brown- Did The Police Kill The Wrong Boy? 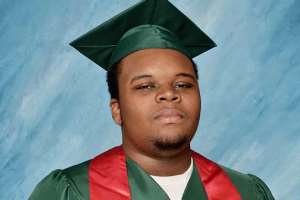 As a transplanted African man in the American cosmos with four children including three boys, I am forced to address and confront the vigilante execution of Michael Brown in broad daylight and the ramifications that might prevail in the later years. It does not take a behavioral scientist or some extensive longitudinal research to figure out that America for all its virtues and values remains a society hedged on white systematic privilege, socioeconomic classism, and cast. Hence, a justice system that humanizes Caucasians with innate status,others with their income/wealth, and some due to their closeness to whiteness at every juncture.

One of the entities that encapsulates the governmental sanctioning of Caucasian privilege is the American regional and local police forces. These men and women with state and municipality authorities are granted the licenses to kill without little or no accountability. Police officers work hand in hand with prosecutors and judges and are granted the privilege of infallibility. So enormous are these relationships that they have developed cottage industries to tax and lockup whole communities of poor, disenfranchised, and dark skin people for minor traffic infractions under the cover of the so-called impartial criminal justice system.

Interestingly, I am a witness to the impunity of this privilege that dots the American landscape and gets threatened when black people speak, especially those with accents. I was threatened with arrest by a judge few months ago, just few days after welcoming my third son into the universe. I had arrived in the Maryland district court to answer to what I assumed was a routine speeding ticket. At the onset, I motioned her Honor to grant a summary dismissal of the case. I reminded the judge that this was the third time the proceeding was scheduled and that my right for speedy trial had been compromised. I also told the judge that I was experiencing sleep deprivation because of my new born.

In my exhaustion and naivety I was quickly made to remember that police officers are angels who are supported in every step of the way. They can do no wrong though they issue speeding infractions while in motion, an action that might be contrary to elementary physics. At the transaction in court, I was reminded like Professor Henry Gates that my degrees and integrity, did not amount to much. As an African man I am to remain in my stead, shut up, be docile, and pray for the mercies of a prejudice system. The police officers are always100% right. Never second guess them despite qualitative and quantitative evidences that say otherwise.

However, the rightness of the supposed peace officers who are more interested in maintaining societal order which includes the marginalization of others, have ran into the fatherhood conundrum within the African American communities. Before the execution of Trayvon Martin and Michael Brown there was a common held misnomer that black children and adults who died from gun violent are deserving of such demise. The black communities and the larger society in the US were told to overlook issues of economics and justice as though phenomenon such as poverty, drug proliferation, mass incarceration, and fatherlessness occur in vacuums.

There is now the jarring reality that black boys with working class fathers, black boys who are not drug pushers, black boys that listen to hip-hop music, and black boys who do not use more drugs than their counterparts in other communities, can be the victims of extrajudicial killings in the land of liberty. The US government and global agencies such as Amnesty International preach about extrajudicial killings in faraway lands while they ignore those that happen in their backyards. As the Brown's and other families seek justice, the privileged should not derail their quest.Otherwise, someday on the execution of a black kid, it will take more than warfare weapons to secure the system.