What Really Happened In Benghazi? - #Bring Back Accountability 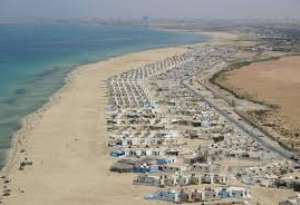 In the halls of the US Congress, Republicans are fired up and have formed a select committee to investigate the September 11, 2012 incident in which Ambassador J. Chris Stevens and three others were killed. Although the Benghazi episode has gone through five prior congressional hearings the GOP insist that there is the need to uncover possible cover-ups by the Obama administration.

The Democratic Party and a few Republicans contend that there is nothing left to unearth about the Libyan attacks. Most Dems including Rep. Elijah Cummings (D) are of the opinion that they already know what transpired in the coastal city of Benghazi and are more interested in sending US troops to assist the negligent and inept Nigerian government to “#bring back our girls.”

But what really happened in Benghazi and why is the Democratic Party not telling us what they claim they know. Are there links between the second largest city in Libya Benghazi and Borno one of the largest state in Nigeria and headquarters of Boko Haram? Let us explore and analyze some of the facts and see where they might lead. When the Arab Spring reached the shores of Libya it creep in through Benghazi with demonstrations against Colonel Muammar Gaddafi, one of the longest ruling dictators on the African continent and the Arab world.

During the uprising the “international community” declared a no-fly zone in Libya to prevent the reported impending massacre of “prodemocracy activists” by the Libyan military in Benghazi. While NATO and Arab planes flew sorties over the country the other set of black men who were not hysterically accused of raping Eurocentric Libyan looking women drove out numerous weapons and ammunitions into the Sahel. These well trained Tuaregs also known as black Arabs were essentially allowed to move out the weapons that could have been used to defend Gaddafi to other areas in the Sahara where their kinsmen reside. Though other innocent black people were attacked, arrested, and murdered throughout Libya.

Consequently, some of the weapons landed in Mali, Niger, Algeria, Burkina Faso, Nigeria, and Chad. It is acknowledged in Washington that Ambassador Stevens died as a result of clandestine operations gone wrong. His death is as mysterious as why the Tuaregs and other Libyan fighters did not put up major bouts to secure Gaddafi the self-proclaimed king of Africa and Arabia. Some of Gaddafi's sons escaped through the routes the Tuaregs used but they were returned to face criminal prosecutions in Tripoli. Nonetheless considerable weapons left Libya right under the noses of the drones that flew over that part of North Africa. These weapons became the backbone for enhancing ongoing conflicts and starting up others in some north, west, and central African countries.

In January 2012 the Tuaregs and their allies waged a war of independence against the Malian government. They took over much of the northern part of the country including Timbuktu the site of the world's oldest books and universities. Then there was an unexpected assist from the American trained Captain Amadou Sanogo and the Malian army who overthrew the democratic government in Bamako. In the course of his earlier military career the head of the coup d'état trained in Georgia, Virginia, and Texas. After the coup occurred, French and West African troops were forced to intervene and to stop the insurgents with their Libyan weapons from taking control of the entire country.

On January 16, 2013 one year after the start of the Malian rebellion, the Amenas saga commenced in Algeria and nearly 800 people became hostages. Amenas is the location of the British Petroleum partly operated Tigantourine gas facility and it is near the Libyan border. In March of the same year Islamic terrorist attacked Niger in response to their troop assistance in Mali. After planning terrorist attacks in Chad, the head of the Algerian hostage attack was eventually cornered and killed in Mali by Chadian soldiers. In Nigeria the “giant of Africa” Boko Haram terrorists became stronger as a result of the dereliction of duty of the federal and northern state governments. They failed to secure the northern borders before the arrival of sophisticated weapons through the Benghazi connection.

However, in the economic bubble and overinflated capital city of Abuja, apathy and impunity reigned. The government used shortsighted and harsh political prisms to make their risk assessments of Boko Haram. The insurgence was viewed as a Muslim and/or northern problem from foes who opposed the government in Aso Rock Abuja. In President Jonathan's calculations the bombing of few churches, murdering of students, and killing of other Muslims was not going to impact his ability to run for and win a second term. Cold-blooded self-interest and corruption were allowed to linger in Nigeria the home of the largest population of Africans, some of the most intelligent folks in the globe, and one of the riches country worldwide. As the indifference festered the region got consumed by carnages.

Unfortunately, this was not the first time that clandestine activities in Libya have engulfed the entire West African region. Around the late 1980's Mr. Charles Taylor the former President of Liberia was released from incarceration in the United States. He is well known for exacerbating the “Diamond Wars” in Sierra Leone and trying to seduce the morally bankrupt Ms. Naomi Campbell with blood diamonds but little is known of his associations with the CIA. Mr. Taylor the international operative went from a secure facility in the US to Benghazi and eventually rained terror in Liberia, Guinea, and Sierra Leone. While Charles Taylor was accused and convicted for masterminding a regime of terror the British and US governments have remained tightlipped about their Benghazi connections.

Hopefully, with the select committee's congressional hearing, Rep. Trey Gowdy (R) the poster boy of southern gentility will actually get to the bottom of what happened in Benghazi? People around the globe are watching and this should not be used as a political football and fundraiser. How did the United States and Britain manage to maintain a close covert working relationship with Benghazi, when Libya was under economic sanctions? Who facilitated the rendition of captives from Afghanistan and Iraq to Libya? The international community needs to really standup and bring some probity and sanity to the world order. Let us bring back accountability after we investigate the linkages between Benghazi and Borno and just maybe we can begin to hold Russia and others to account.