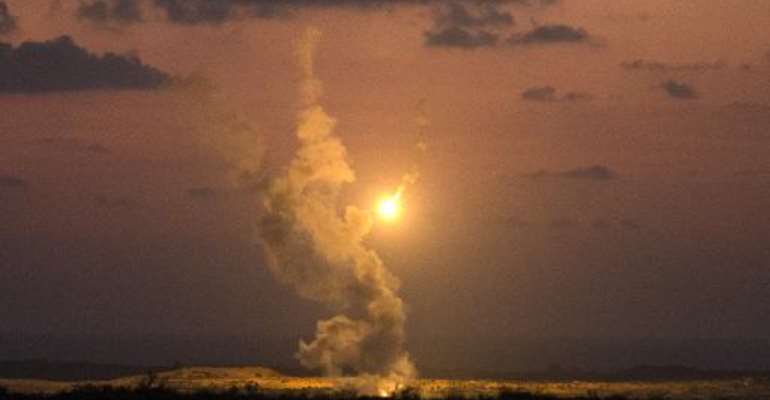 Gaza City (Palestinian Territories) (AFP) - Israel's security cabinet will meet early Tuesday to discuss an Egyptian proposal for a Gaza ceasefire, a senior Israeli official said, but a Palestinian Hamas official said there was no deal.

The comments came after Egypt proposed a truce to end seven days of violence that has killed more than 185 Palestinians in Gaza and seen hundreds of rockets fired into Israel.

An Israeli official said Egypt's proposal for a ceasefire beginning at 0600 GMT would be discussed early Tuesday.

"The security cabinet will meet early tomorrow to study seriously the Egyptian proposals," the official told AFP, on condition of anonymity.

But a Hamas official insisted that there was no deal yet, although he said efforts to reach a truce were underway.

"There are efforts and communications on the issue of a truce deal but until now there is nothing final," he told AFP late Monday.

"Efforts are being made by various parties, particularly the Egyptians, but in a weak manner," he added.

Egypt late Monday proposed a truce that would begin on Tuesday morning.

Egyptian media have reported that US Secretary of State John Kerry is expected to arrive in Cairo on Tuesday to push for an end to hostilities.

"0600 GMT has been set for the beginning of the implementation of truce arrangements between the two sides," the proposal said.

Egypt added that it called for a "full ceasefire within 12 hours of its announcement and acceptance by both sides."

The proposal says Cairo will be prepared to receive Israeli and Palestinian delegations to discuss cementing the truce and confidence building measures within 48 hours of its taking effect.

Among the issues to be discussed is the easing of the flow of goods into Gaza, which has been subject to an Israeli blockade for years.

"There are moves and contacts to stop the enemy's aggression against Gaza. There are countries intervening," he said.

"As mujahedeen fight on the battlefield, there are political and diplomatic moves by the movement's leadership, and by internal and external factions, led by Khaled Meshaal."

Hamas has said it wants Israel's blockade on Gaza lifted, along with the opening of the Rafah border crossing with Egypt in any truce deal.

It also wants Israel to release Palestinians it rearrested after freeing them in exchange for kidnapped Israeli soldier Gilad Shalit.

"Such a ceasefire can halt the tragic loss of life, stop the rockets on Israel, and open up the possibility of a genuine change in Gaza," he said.