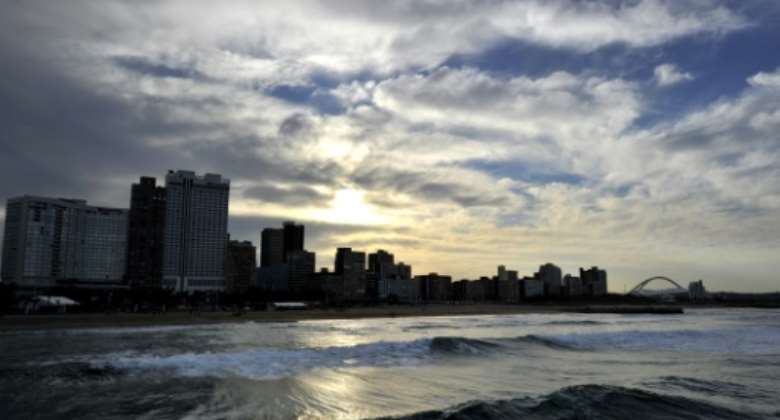 Durban is the only city bidding to host the 2022 Commonwealth Games. By Aris Messinis (AFP/File)

Auckland (AFP) - Durban is set to be officially anointed host of the 2022 Commonwealth Games on Wednesday, making it the first African city to ever host the event.

South Africa's third largest city is the only candidate in the vote for 2022 hosting rights after Canada's Edmonton withdrew in February, citing cost concerns.

The Commonwealth Games Federation (CGF), which is currently holding its general assembly in Auckland, has recommended officials in the 71-nation back Durban's bid.

"It is the turn of South Africa to hold this great event," South African Olympic chief Gideon Sam told AFP ahead of the vote.

"We believe our time has come and that South Africa can put on a show that will do the Commonwealth Games proud."

The four-yearly, multi-sport event was first staged in 1930, when it was known as the British Empire Games.

Africa has always missed out but sports officials have been buoyed by South Africa's successful hosting of the world's three biggest single-sport events, the football, cricket and rugby union World Cups.

The South African government said last week that the Durban Games would use infrastructure from the 2010 football World Cup, including the 85,000-seat Moses Mabhida Stadium, to keep costs down.

"(It) will position South Africa as a sport tourism destination and also provide opportunities for Team South Africa," it said in a statement.

"Hosting will also make use of the infrastructure legacy of the 2010 FIFA World Cup.

"The 2022 Commonwealth Games is expected to deliver up to 20 billion rand ($1.5 billion) in output to the economy, translating into an additional 11 billion rand GDP growth," it added.

Ahead of the vote, delegates at the Auckland meeting approved an ambitious blueprint to revive the Commonwealth Games, which critics in recent years have accused of slipping into irrelevancy.

The plan involves increasing the number of compulsory sports from 10 to 16 by 2022 and setting a maximum quota of 4,500 athletes.

The idea is to give greater stability to the Games programme to attract more host city bids and sponsorship.

The Auckland assembly will also decide whether to keep Malaysia's Prince Tunku Imran as president of the CGF or back a challenge from Briton Louise Martin.