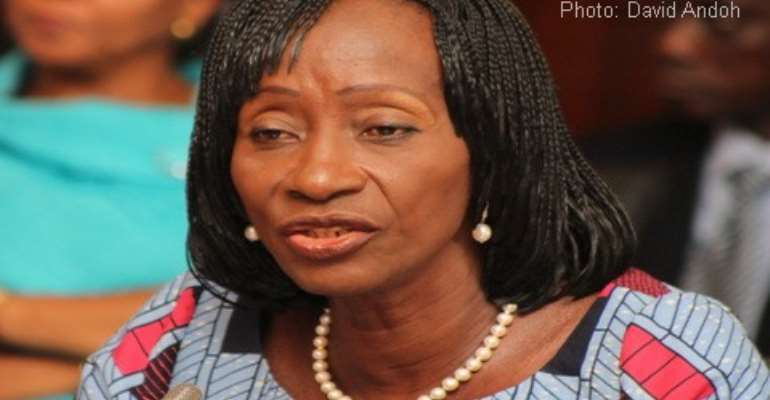 The Ministry of Health (MoH) has activated the National Disease Surveillance Team to contain any possible spread of Ebola fever in the country.

This follows the case of an American who died of hemorrhagic fever at the Nyaho Medical Centre in Accra.

Four tests conducted by the Noguchi Memorial Institute for Medical Research (NMIMR) revealed that the patient did not suffer from Ebola fever.

A statement issued by the Ministry of Health in Accra on Tuesday said Ghana had a test case a few days ago involving a foreign national with travel history of a visit to one of the affected countries.

It said the foreigner fell sick and was rushed to “one of our hospitals and the clinical presentation led us to suspect Ebola Virus Disease.

“As most of us are aware, specimens have been sent to NMIMR and results are negative.

“After four laboratory tests, all proved negative,” it said.

Remain calm
The ministry, therefore, advised the public to remain calm and that the Ghana Health Service Surveillance Team was working very hard, especially in the area of public education, to raise the required awareness and get all to practise the highest level of prevention and control measures.

An earlier test was said to have proved 'tentatively negative' to Ebola fever.

But a second test was ordered to be conducted at the same institute.

Consequently, the ministry yesterday held an emergency meeting with representatives of the Department of Public Health, the National Disaster Management Organisation (NADMO), the Ghana Civil Aviation Authority, the Ministry of the Interior, and the Ghana Immigration Service (GIS), among others, to deliberate on how to contain any spread of the disease in the country should the second test confirm the worst.

A source at the corridors of the MoH told the Daily Graphic after the meeting that the four medical staff members who came into contact with the American were still being quarantined at the medical centre awaiting the results of the test.

It said although symptoms displayed by the American showed that he had haemorrhagic fever, it was yet to be confirmed if it was Ebola fever.

It said the disease, which had a 21-day gestation period, was yet to manifest in the said patient before he died.

The MoH had earlier stated that samples of the blood would also be sent to the United States for a further test.

These include the Ebola and Marburg, Lassa fever and yellow fever viruses.

The VHFs have common features; they affect many organs, damage the blood vessels and affect the body's ability to regulate itself.

Some VHFs cause mild disease, but some, like Ebola or Marburg, cause severe disease and death.

The VHFs are found around the world.
Specific diseases are usually limited to areas where the animals that carry them live. For example, Lassa fever is limited to rural areas of West Africa where rats and mice carry the virus.

Ebola fever in West Africa
The World Health Organisation (WHO) convened an emergency meeting in Accra from July 2 to 3, 2014 after it had declared the sub-region as Ebola endemic, following the death of over 400 people in Guinea, Liberia and Sierra Leone.

At the meeting, participants reviewed the current epidemiological situation and considered that the scale of the current Ebola epidemic was unprecedented.

Case so far
The Nyaho Medical Centre, on Sunday, July 6, 2014, confirmed that an expatriate with symptoms suggestive of haemorrhagic fever was transferred to its facility and the patient was isolated.

A statement signed by the Medical Director of the centre, Dr Victoria Fummey, said the expatriate was transferred to the centre by the West African Rescue Association (WARA) on July 6, 2014.

As a precautionary measure, the ministry placed more public health personnel at the clinic and supplied the clinic with protective gowns.