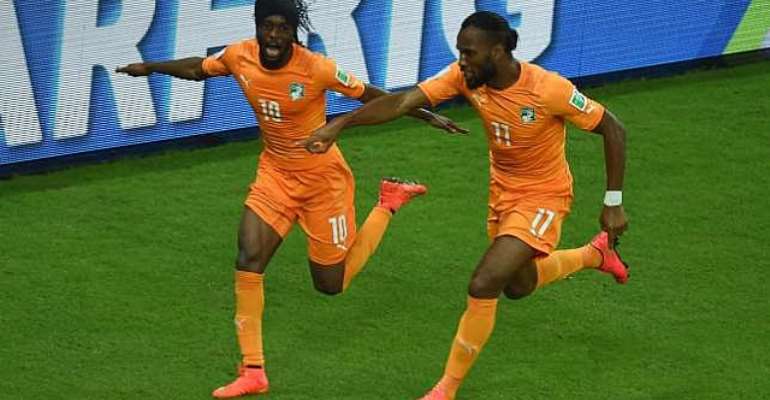 This World Cup could not have started much more positively for these two nations. Colombia, who are some people's dark horses to win the tournament, opened up their campaign with a 3-0 victory over Greece in Belo Horizonte.

Then, in the hours that followed, the Ivory Coast rallied to overturn a one-goal deficit against Japan to win through 2-1.

As a result, a victory for either in the capital Brasilia on Thursday evening will all but secure their place in the knockout phase of the tournament. Indeed, if Japan's clash with the Greeks on the same day were to end in a draw, a win would confirm their progression.

In terms of team selection, Jose Pekerman caused a surprise when he didn't select Jackson Martinez for the Greece clash. However, in the wake of that result, the Porto attacker may once again have to settle for a place on the bench. Fredy Guarin may return from suspension, but a muscle injury will prevent striker Carlos Bacca from featuring.

As for the Ivorians, they were inspired by the introduction of veteran frontman Didier Drogba against the Japanese. Such an impact may have convinced head coach Sabri Lamouchi to start the former Chelsea striker this time, which could come at the expense of Wilfried Bony.

These two nations have never previously met in international football before.