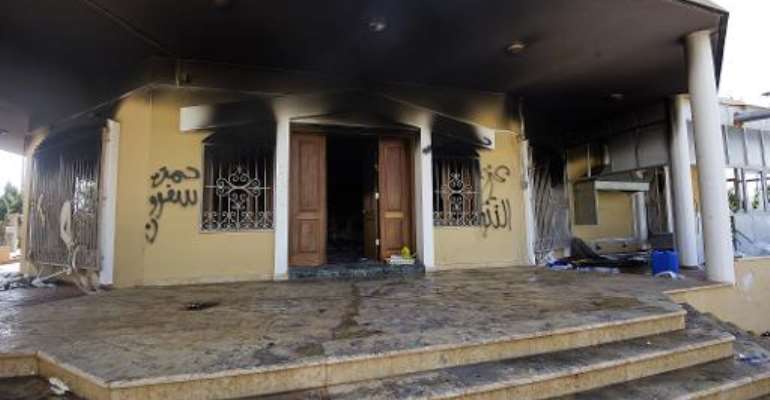 A picture shows a burnt building at the US consulate compound in the eastern Libyan city of Benghazi on September 13, 2012. By Gianluigi Guercia (AFP/File)

Tripoli (AFP) - US commandos violated Libya's sovereignty when they seized the suspected ringleader of a deadly 2012 attack on the American consulate in Benghazi, the foreign ministry said on Wednesday.

Special forces carried out Sunday's stealth operation under cover of night, capturing Ahmed Abu Khatallah and spiriting him out of the country.

There is already an outstanding arrest warrant in Libya for Abu Khatallah, and Tripoli will demand his extradition to stand trial, a justice ministry official said.