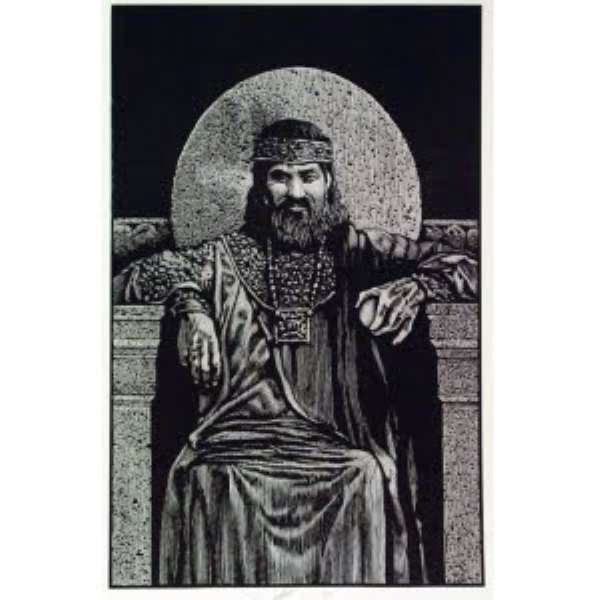 King Solomon was the third and most successful reigning king of Israel. His father was King David and mother Bathseba. Solomon became king after his father ruled Israel for 40 long years. David who succeeded as a king was described as God's own friend.

Wisest and richest
According to biblical accounts and historical records Solomon became the wisest and richest man in his time. To date there is no man dead or alive whose wealth has surpassed that of Solomon's.

Solomon served God with passion, dedication and unwavering commitment. His lifestyle was that which pleased the Lord. As a result God decorated the life of Solomon with success and abundance.

He was very much loved by all his subjects including the military commanders, court officials, and those who held key positions in his government.

King Solomon knew that God was the real ruler of Israel. He therefore put God first in everything he did.

He was an obedient servant of God. He knew his limitations as a ruler and never carried out any initiatives without first a prayer of enquiry to the Lord.

One day Solomon, with the distinguished men of Israel, visited Gibeon where Moses had built the tabernacle, the worship centre at the time. Here Solomon made an important sacrifice and communed with God. It was clear Solomon loved God and wanted to do things that pleased Him.

The sacrifice and prayers king Solomon offered became the defining moment in his life. God was pleased with Solomon and wanted to offer him a unique gift that would serve him well. King Solomon had a dream in which God spoke with him: 'I want to give you one wish. Whatever you desire, I will give you.'

Solomon asked for wisdom
Solomon was a thoughtful person. Instead of asking for earthly treasures like money, houses, long life and all the good things that could go with it, he humbled himself and rather asked for a discerning heart that he needed to govern well. Solomon said, 'You did many good things for my father, David, and now you have appointed me as his successor. But I am still young and have no experience reigning as king. Therefore, because I am responsible for many people, I ask you for WISDOM(capitals mine) and understanding so that I can do the best job possible.' Solomon wanted to provide the best of leadership that could translate into peace and prosperity for his people. To become an effective leader he needed God's guidance and wisdom and that informed his choice.

Solomon's request received God's approval. God wanted him to succeed both as king and leader of Israel and granted his request for wisdom and understanding. Not only did God give him a discerning heart but added riches as well. God also promised to give Solomon a long life if he remained faithful and obedient to him.

During the reign of Solomon, Israel regained its past glory; there was restoration of peace, stability and prosperity. Because Solomon was imbued with the wisdom that came from God, he delivered sound judgments that stunned the world. Many other leaders visited Solomon; they had heard of his good administration and wanted to know more about his great leadership. Even though Solomon was exceedingly rich, the kings and leaders of other nations who visited him brought more expensive gifts to him.

Wisdom is master key
Wisdom is the master key to success. It is the key that opens doors to a life of abundance, extreme wealth and riches among many other good things of life. King Solomon made the right choice when he asked God for wisdom. Wisdom positions you to solve difficult human problems.

The scriptures describe wisdom in the following words: 'By me kings reign, and rulers decree justice. By me princes rule, and nobles, All the judges of the earth. I love those who love me, and those who seek me diligently will find me. Riches and honour are with me, enduring riches and righteousness. My fruit is better than gold, yes, than fine gold, and my revenue than choice silver. I traverse the way of righteousness, in the midst of the paths of justice, that I may cause those who love me to inherit wealth, that I may fill their treasuries' Prov.8:15-21.

Vital lessons
A glimpse into the life of King Solomon would reveal vital lessons for leaders of the 21st century. Every leader should know they owe their appointment to God and should use their positions to govern well. They should remain faithful and obedient to God and serve their people well. A leader has certainly chosen the wrong path if he put the acquisition of wealth and riches first before God. A good leader should ask for guidance and wisdom if he wants to succeed in any capacity as a servant of the people.

Leaders must understand that God communicates with us in many different ways. God spoke with Solomon in a dream; it may not be so with you. Listen well and think through things as your message from God could come through your pastor, teacher, your bosom friend, and your parents or through the Holy Scriptures you read.

Granted God gave you Solomon's opportunity, what would you ask from God as a leader? Would it be money in abundance, an expensive car or house, or all the possible luxuries you can think of?

You will be a wise person if you ask for wisdom. With wisdom, you will do the right things. You will be a good leader placing the interest of your people above your own. Again with wisdom, you will never go wrong and no problem will be difficult for you to solve. You will be a distinguished leader and leave a legacy that will outlive you. Leaders who leave their footprints on the sands of time were those who had wisdom and used it to serve God and his people.

King Solomon was an accomplished leader because of the wisdom he had from God. He wrote the books of proverbs, Songs of Solomon and Ecclesiastes among others.

Conclusion
In conclusion, wisdom is all we need to succeed in our home or work life and as leaders in whatever capacity we find ourselves. In God resides wisdom. Solomon said it all when he said, 'The principle of wisdom consists of respecting God.' You respect God when you obey his commandments and read the Holy Scriptures his inspired word.