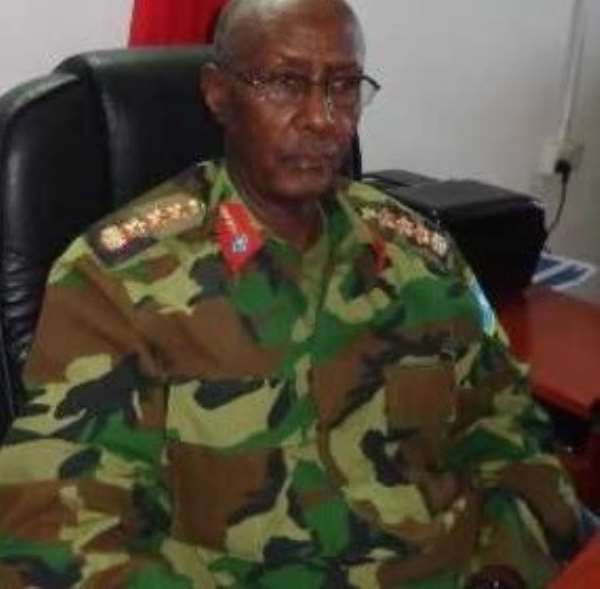 According to Eyewitnesses, General Elmi's convoy was travelling along the high industrial road north west of the capital, when the mine went off wounding several soldiers.

Sources said that General Elmi who was travelling on his bullet-proof land cruiser escaped unhurt, but two cars of his convoy were damaged.

At least 18 people were killed and scores injured in Saturday's Al shabab raid on Somali parliament complex in Mogadishu, which was the latest in a string of attacks in the capital of the horn of African war-torn Country.

Omar Nor in Mogadishu at
[email protected]