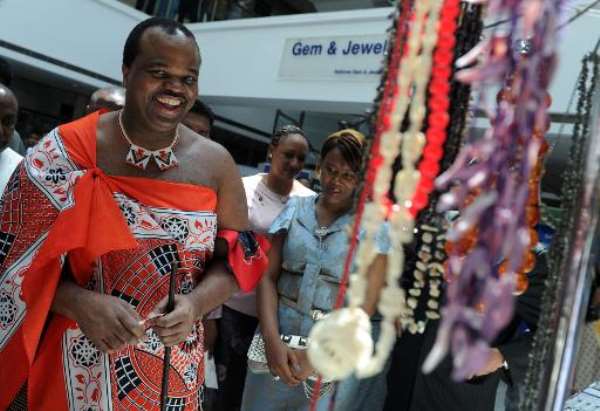 Mbabane (Swaziland) (AFP) - Swaziland's King Mswati III has increased his annual household budget for 2014 by more than 10 percent to $61 million, as a large public wage bill continues to put pressure on the impoverished country.

The budget of the king, whose personal fortune is estimated around $200 million, makes provisions for his salary, his mother's upkeep and royal aides.

It also includes provisions for construction work on palaces that will cost the tax payer about $12.6 million.

The royal budget is not debated in parliament, as discussions would be seen as challenging Africa's last absolute monarch.

Adding to the lack of transparency, audits of the budget are only presented to the king himself and the Royal Board of Trustees chaired by the minister of finance.

Mswati, who rules Swaziland with an iron fist has resisted democratic reforms, his extravagant lifestyle amid vast poverty has been criticised by pro-democracy activists.

The small kingdom is one of the poorest nations in southern Africa, where over 60 percent of the 1.2 million population live on less than $1 a day.

In the budget the social grant for the elderly remained unchanged at around $19 a month.

In a recent report, the IMF criticised the Swaziland government's high public wage bill which totals $34 million a month.

"The country needs to look into aspects of reducing its high cost on government's wage bill which may affect the current economic status," said the IMF head of delegation, Jiro Honda, at the end of its mission this week.

The country's economy is propped up by revenue collection from the Southern Africa Customs Union (SACU), which makes up more than half of the budget.