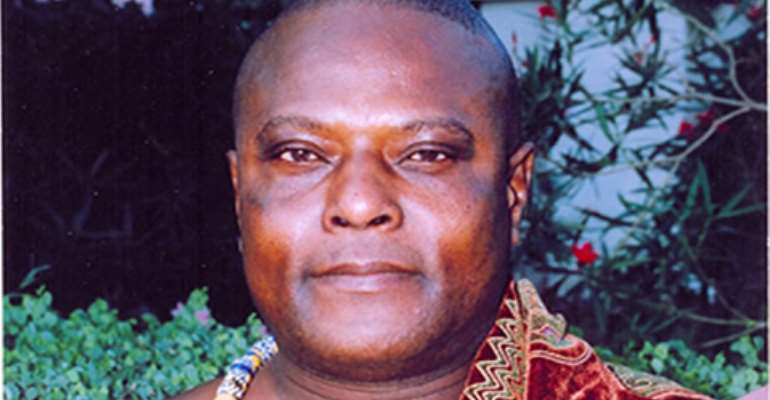 The Adontenhene of Akyem-Etwereso in the Akyem-Abuakwa Traditional Area, Nana Adu-Sei Amankwah Marfo III has expressed shock over a fine imposed on a-55-year old woman for subjecting her two grandchildren to inhuman treatment.

Speaking to Myjoyonline.com, Nana Marfo III questioned why Afise Inusah was just made to pay a fine of GHC600 for her crime that nearly sent the two children to their graves.

According to the chief, he travelled outside the country and on his return, was confronted with the issue by the biological mother of the victims, Fati Issah.

He is therefore appealing to the Children and Women's ministry to endeavour to deal effectively with issues pertaining to children, since they are the future leaders of the country.

Nana Marfo III further pointed out that even if there are no social intervention for the poor adults, there should be systems to ensure that children do not go through intense suffering in the society.

Afise Inusah was convicted for molesting her two grandchildren by the Kyem-Swedru circuit court and fined GHC600 or serve one and a half years in prison.

In February this year, Afise Inusah was arrested by the Akyem Oda police on allegations that she has been subjecting her two grandchildren to inhuman treatment.

Afise Inusah, a palm oil producer at Akyem Etwereso in the Akyemmansa District in the Eastern Region fed the two children in her chamber pot and forced them to sleep at night in a hen coop together with live birds.

Besides, the grandmother caned the children whenever they went out to eat from sympathizers after they had been denied food by Afise Inusah, resulting in multiple injuries on all parts of their bodies.

Speaking to the mother of the children, she was astonished to how her own mother could treat her grandchildren in such cruel manner.

According to her, her mother opted to assist her in catering for the two children, while she was outside the country, but occasionally sends them some monies for their up-keep.

Fati Issah said she returned to find out that her mother has treated her children inhumanly and were under the care of a philanthropist, a 32-year old farmer, Mr. Kwabena Kumi.

Narrating the incident, Mr. Kumi said people in the neighbourhood got incensed with the inhuman treatment Afise Inusah was giving the two children and reported her conduct to the assembly member for Etwereso, Odeshie Kwasi Nyame, who mounted surveillance on the activities of the woman to ascertain the truth of the matter.

After the assembly member had caught Afise Inusah in the act of molesting the children, he confronted her and lodged a complaint with the Oda Divisional Police Command on her cruel behaviour towards the two children.

She was then arrested and processed to face the law.

Meanwhile, Afise Inusah has since paid the fine imposed on her by the circuit court and currently walking, a free person.