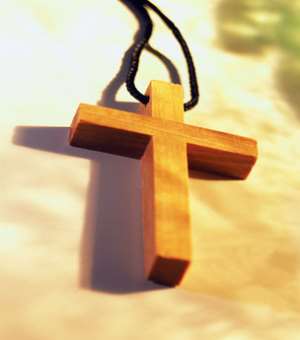 Dear reader, maybe you are reading my articles for the first time. If so, you might find this one hard for you to take in. I would, therefore, like to encourage you with two great quotes that could help you read this short article. Here they come:

“The illiterates of the 21st century will not be those who cannot read and write, but those who cannot learn, unlearn, and relearn”—Alvin Toffler. www.quotationspage.com/quote/1407.html (2014).

May these great quotes move you to critically read this article and to meditate seriously over the issues expressed in it!

It is about time inhabitants of Earth knew the truth about Christianity. Christianity is an evil religion established by Lucifer to keep man from entering the salvation of Elohim—a salvation made available in and by the sacrifice of Yeshua HaMashiach, Elohim's holiest Son!

In 1517 CE, Martin Luther saw the evil in Christianity, but, thought it particular to Roman Catholicism of his day which could be dealt with by a Reformation! Of course, in Luther's day, Christianity was everything Roman Catholic, and this misled him to seek to reform Catholicism as an organization, instead of seeking to dismantle Christianity as a faith!

Today, evidence of the failure of Luther's Reformation is ubiquitous—a disunited, fragmented, hydra-headed body of groupings, all looking for truth, unable to agree in doctrines and practices, envying and abhorring one another, and calling themselves Protestants!

All of today's Christianity is either Catholicism or Protestantism, an offshoot of Catholicism; there is no other brand! Did Luther, then, take his followers from a frying pan right into fire? I dare say he did! And so, with the experience of almost five hundred years of Luther's failed Reformation, it must be obvious to all that Christianity is simply incorrigible and so must go away!

Occultism, for me, is man's beliefs in the existence, actions, and influence, of supernatural spirit beings, powers, or forces, that are contactable through human agents or mediums to cast spells on others or for undeserved gain—spiritually, mentally, socially, materially, financially, etc. Occultism is, thus, evil, always relating to man's dealings with dark forces in the universe. Come to think seriously about this, it is occultism that rules the world!

Commonly known by many, Christianity is a religion begotten by the words, “JESUS CHRIST”. Its adherents believe with all their heart the words JESUS CHRIST to be the name of the Son of Elohim! This claim that JESUS CHRIST is the name of Elohim's Son, is, however, not borne by mankind's historical records.

Why so? The fact is that, the Son of Elohim, who once lived in a tangible human body in Israel, was never called JESUS CHRIST by anyone! Proof of this fact plainly establishes the name JESUS CHRIST as belonging to a phantom, not of or from Heaven, anti-Elohim, and therefore deeply rooted in occultism—for whatever is not of Elohim is of darkness!

Whatever we know of Elohim's Son—his holy life, teachings, miracles, resurrection from death, and ascension into Heaven—were not of Christianity's JESUS CHRIST!! For, it was not JESUS CHRIST who shed his blood on Mt. Calvary and so is not mankind's Savior, as the English Bible would have mankind believe!!

Elohim ordained that His Son live under Hebrew culture while on earth and, therefore, on two occasions (Matthew 1:21, Luke 1:31), sent an angel to give a Hebrew name to his “parents” so mankind would make no mistake by naming him differently when born.

This Hebrew name is “YESHUA” which means “Salvation”, and his holy title, “HaMashiach”, means “The Anointed One” and because every name, title, or word is spirit and, thus, eternal (John 6:33)—for words never die—Elohim's Will is for “YESHUA” and “HaMashiach” to remain so, eternally—in Heaven and in all the Earth!

So, whose courage and wisdom changed or corrupted this Holy Hebrew name and title to “JESUS”, coming from the Greek “IZEUS” (meaning “son of Zeus”?)—ZEUS, a feared Greek deity—and “Messiah” an English corruption of “HaMashiach”, or Christianity's “CHRIST” derived from the Greek “CHRISTOS”, supposed to mean “the anointed one”?

The “fourth beast” of Daniel's end time prophecy, who has vowed to “change times and laws” (Daniel 7:25) set by Elohim and reverse everything Elohim has done, is responsible for this! This beast, working through so-called “church fathers” of the immediate post apostolic past and Bible translators, changed all Hebrew names and titles of players in the Hebrew Holy Scriptures by translating them into Greek, and then into English.

Surprisingly, mankind has never raised objections to this ridiculous and unacceptable work by translators, despite the fact that names and titles of people in whatever languages they come from should never be translated into other languages, but must always be transliterated to remain the same in all cultures throughout the earth!!

Lucifer, represented by this beast, made for himself a phantom-son in JESUS CHRIST, and backs him with all his power and arsenal of fallen angels to do whatever he (JESUS CHRIST) is known or able to do; thereby, trying to cloud out everything Elohim has done in, by, and for YESHUA HaMashiach! Note: Lucifer, unlike Elohim, can create nothing tangible but only forms phantoms to exist in and control the minds of all who are ignorant of the ways of Elohim!

Question is: Can baptisms in the names Yeshua HaMashiach and JESUS CHRIST have the same effect and value? No! Names are spirit, and so, YESHUA HaMashiach represents, manifests, and empowers differently from JESUS CHRIST!! See?? Baptism ordained by Elohim in the name of Yeshua is Heavenly, while one into JESUS CHRIST is Hellish!

There is no evidence that anyone called JESUS CHRIST ever lived on earth! Check out this fact from the well-kept Jewish genealogical records of Israel where this JESUS CHRIST is supposed to have been born and lived over the period 4 BCE-30 CE!

The impossibility of finding the name JESUS CHRIST in the birth records of male Israelites is one reason why no Jew can believe in JESUS CHRIST, a Gentile name, for salvation—for “salvation is of the Jews” (John 4:22) and must proceed from Jews to Gentiles.

The name JESUS CHRIST can, thus, only belong to a phantom! Since mankind's Savior must have come in flesh like a human being (First John 4:2-3), Christianity's JESUS CHRIST cannot be the Savior!!!

Believers in YESHUA stand out as wheat whilst those in JESUS stand as tares, as revealed in Matthew 13:24-30, 36-43 to alert and warn salvation seekers! Please note that, even though tares look very much like wheat, they are unable to bear fruit, are ineligible to enter Heaven, and are thus, only worthy of Hell fire!

Regardless of whatever camouflaging Lucifer, the ruler of Earth, does to get people their wants in answering their prayers made in the name of JESUS CHRIST or in using them to do fake miracles in this name, none of these people will enter Heaven by this name, since no JESUS CHRIST resides in Heaven to receive them into it!!

When at the end of time believers in the name JESUS CHRIST go knocking on Heaven's Gates and loudly calling out the name JESUS CHRIST in request for admission, then would the Prince of Heaven, YESHUA HaMashiach, come out to tell them—“I never knew you: depart from me, ye that work iniquity” (Matthew 7:23) !!!

As such disappointed worshippers of JESUS CHRIST—worshippers of iniquity—are turned away from the face of the Prince of Heaven, they slip effortlessly into the outstretched arms of Lucifer to be escorted into Hell to begin their life sentence, throughout Eternity!

My dear reader, I am the dutiful trumpeter of Elohim (Ezekiel 33:6-7) come to warn you in this, and I do hope you accept my word! Shalom.

The writer is a Bible-expositor and an author. Website: http://sbpra.com/ChrisBapuohyele