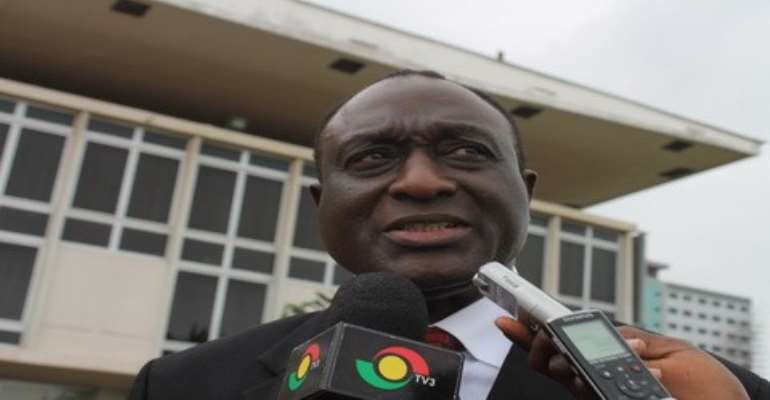 A leading member and a two-time flag bearer aspirant of the New Patriotic Party, Mr Alan Kwadjo Kyeremanten, has said the ability of any political party to win elections lies in how it chooses its own leaders.

In this regard, he says the New Patriotic Party (NPP) has every reason to be proud of what it has achieved so far in  organising “what is considered by  independent and  objective political analysts to be free, fair and transparent elections to  select party officials at the polling station, constituency and regional levels.”

Sharing his general reflection on the conduct of elections in an exclusive interview with the Daily Graphic, the 2016 presidential hopeful of the NPP expressed the conviction that “this record will hopefully not be undermined, but rather reinforced in the process of selecting parliamentary candidates and a flag bearer for the party in due course.”

He made this assessment against the backdrop that the composition of the NPP's current Electoral College and the processes for internal elections could be considered as one of the most comprehensive and broad-based political models to have been introduced not only in the political history of Ghana but the whole of Africa.

Key message
In his key message to delegates to the National Conference to be held in Tamale on April 12,2014, he encouraged all delegates and party members to work together to ensure that the NPP would come out of the conference more united than ever before; that the party would eventually emerge as winner and not individual contestants.

He, however, said that would not happen by chance, but would required that party officials and other accredited delegates to the conference would jointly and  severally conduct themselves, both in speech and action, in a manner that would not prejudice the outcome of the elections.

In his view, the contest must be about selecting candidates who could organise and manage the party to return it to power in 2016 rather than serving the selfish interests of individuals and interest groups within the party. He insists that “the focus must be on building a strong, united party with a common purpose and vision.”

He further pointed out that talking about unity must not be a mere rhetorical exercise undertaken by party leaders and other officials, but must be backed by concrete action.

NPP winning power in 2016?
On what it will take for the NPP to win political power in 2016, Mr Kyeremanten postulated a number of factors, including the need to review the two successive election defeats.

commitment to the core principles of democratic governance, our belief in the rule of law, our belief in the sanctity of the Constitution of Ghana and the basic tenets of our jurisprudence in protecting the rights of individuals, ensuring accountability of institutions of state, as well as checking the abuse of political power by government,” he stressed.

Although the Supreme Court did not rule in the NPP's favour, Mr Kyeremanten said “there is absolutely no doubt that we made a strong and compelling case and I believe that posterity will be the final arbiter of the validity or otherwise of our judicial claims.”

In addition, he pointed out that the NPP flag bearer for the 2012 General Election, Nana Addo Dankwa Akufo Addo,was right in making a public declaration of the acceptance of the court's ruling, while expressing in no uncertain terms his dissatisfaction with the final ruling of his Lordships. “This is a further reflection of the deep and abiding faith that our great party has in defending the principle of due process in the resolution of electoral disputes,” he stated.

He, however, indicated that the NPP must now move forward beyond the court case and undertake a more comprehensive analysis and  introspection of other factors that might have contributed to the party's defeat.

Among other things, he calleld on the party as a matter of urgency to review its campaign structure and organisation as well as preparations for general elections and demand accountability for results from the leadership of the party and campaign officials.

“The propaganda about the party having lost the 2012 General Election because Alan Kyerematen or other specific leading members of the party did not support the campaign is not only false but vicious and a cover up for those who should be taking responsibility for their acts and omissions in not ensuring victory for the party” he declared.

He said the review exercise must lead to major internal reforms, including how to mobilise grass root support for election campaign, such as voter registration and ensuring optimal voter turn-out; selecting, preparing and motivating polling agents for Election D-Day activities, dealing substantively with party internal conflicts without bias and favour, particularly in the run up to the selection of parliamentary candidates

He also called on the party to conduct an objective analysis of the Ghanaian voter psychology to gain an understanding of why Ghanaians vote the way they do in the selection of their leaders in presidential elections.

“This should not be seen as a subjective or negative exercise but rather as a proactive and strategic effort by the party to groom and promote candidates who can attract independent voters beyond NPP's core constituency and deliver victory for the party.