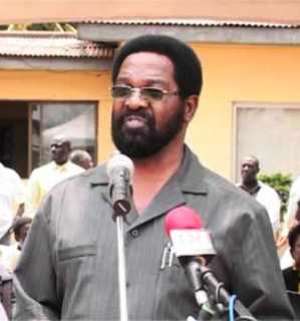 The Mayor of Accra, Dr. Alfred Oko Vandapuije has once again caused a stir resulting in the media placing the spotlight on him. He has caused the arrest of hotel owner Mr. Omare, Moses Abbey the contractor and the Accra Metropolitan Assembly (AMA) officials supervising the collapsed building at Nii Boye Town. He did that clandestinely when he invited them to a meeting to discuss the collapsed building.

He took a similar step by cleverly arresting the AMA official in charge of the Melcom building that collapsed at Achimota near the Neoplan Building in Accra in 2012. Already many people have begun commending the mayor for this singular act. But hold it; this step is not appropriate but a face saving one that must not be tolerated let alone be accepted as a means of solving the problem at hand. Dr Vanderpuije is the Municipal Chief Executive Officer of AMA with supervisory role over all officials including the building inspectors working under him. All those appointed to work under him are obliged to report to him. He has also the responsibility to monitor and evaluate their work. However over the years he seems to have failed to play his role adequately. That is how come the city of Accra is experiencing many disasters including fire outbreaks in our markets, major government buildings, floods during rainfalls and frequent collapse of completed and uncompleted buildings. In view of the recent fear of calamities facing Ghanaians and foreign entrepreneurs now busy erecting new low and high rise buildings in all parts the city, we ought to sit up and ask whether all these buildings have gone through inspections to determine whether they are being build in accordance with the right building specifications. Are all these new buildings especially the high rise ones and their occupants really safe? Can Dr Oko Vanderpuiye give us the guarantee that all the buildings springing up would not develop defects to be able to stand the test of time and not collapse sooner or later? Dr Vanderpuije's claim that he works closely with quantity surveyors and civil engineers is good and well noted but the questions that require urgent answers are; are all the people ( civil engineers) concerned aware about all the buildings springing up in all parts of Accra? Are they aware about the inability of some contractors to follow building rules and regulations?

Dr Vanderpuije took the action to suspend and arrest the owner of the collapsed building at Nii Boi Town because he (the hotel owner) is said to have no title to the plot of land on which he is erecting the building in question. The questions begging for answers are, since when did Dr Vanderpuije know that the owner of the building concerned has no title to the plot of land? When did he get to know that some building inspectors have ordered the contractor concerned to stop work? What action did he (Dr Vanderpuije) take on this? In view of the seriousness of the issue, the best and honorable thing to do by Dr Vanderpuije is to step aside as Chief Executive Officer of AMA and allow government to look into the matter of frequent collapse of buildings and allow a new person to be appointed to replace him. The new person would have to consider evaluating the enormous problems facing the city. Together with his underlings he should be able to plot strategies together with technocrats and National Disaster Management Organization NADMO officials and the Ghana Fire Service to embark on public safety measures to ensure the safety of homes, markets and buildings from calamities.