The Beautiful Ones May Never be Born in Africa 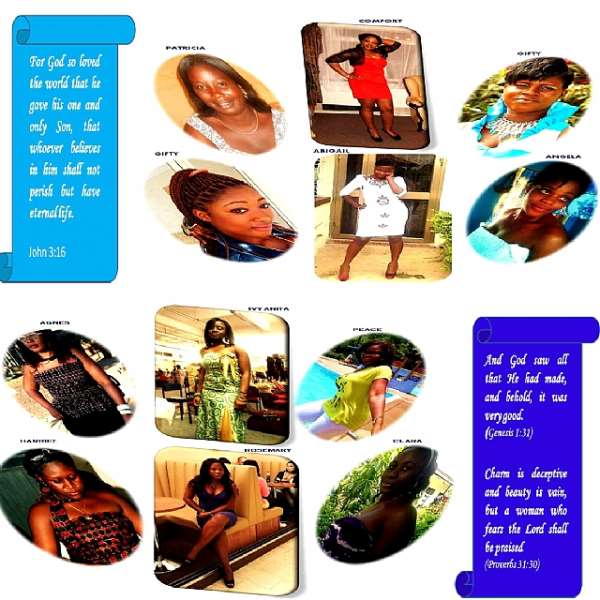 In his masterpiece, 'The Beautyful Ones Are Not Yet Born', the internationally acclaimed novelist and educator, Professor Ayi Kwei Armah very graphically describes the greed, corruption, decay and societal breakdown that were witnessed in the early life or stages of post-colonial Africa, particularly Ghana. He however expresses some degree of optimism, as the title seems to suggest, that good rulers, politicians and leaders in general, would one day emerge to change the almost doomed destiny of Ghana and the African continent at large.

Today, over 45 years after the publication of Ayi Kwei Armah's vivid depiction of the frustration many citizens of the newly independent states in Africa felt after attaining political freedom, his apparent prophecy of the future emergence of the 'Beautyful Ones' (i.e. Political Messiahs or non-corrupt, selfless, competent, intelligent, compassionate and farsighted leaders and citizens) is still yet to come to pass.

Like many over optimistic African optimists, I have always rubbished the claim that we Africans are incapable of governing ourselves, and believed that someday the beautiful and handsome ones would surface, a position clearly expressed in a number of my write-ups. But the present occurrences and events in Ghana and other parts of Africa are gradually sinking into oblivion all my earlier expectations and hopes of the emergence of beautiful politicians and leaders, and a habitable Africa.

A heinous but careless crime that could easily be solved by the use of the most basic or the simplest of modern forensic facilities and technologies becomes an unsolved mystery due to the non-availability of decent forensic labs and experts in the country.

Exhibits rooms in Police Stations are supposed to be the safest places one can ever keep an item, but a cocaine exhibit placed in the Ghana Police safe strangely turns into a baking soda, a criminal is left off the hook as a result, and no individual in the police department is justifiably sent to jail, made to resign, or even made to be accountable for the mysterious metamorphose of the narcotic drug.

Millions if not billions of the people's money are secretly and fraudulently paid to groups and individuals for no services rendered to the nation, or are lost through a so-called judgement debt, no one (not even the president) admits having any knowledge of it; yet no individual in the department that authorises the payment of such monies has been made to atone for their crimes, incompetence and/or stupidity.

A jobless person steals two mobile phones costing no more than 100 cedis (of course with his bare hands) and the poor man is given a 6 year jail sentence; another person occupying a leadership position steals millions of cedis (with the tip of his pen) and he is not only allowed to go scot-free but is also hailed as a hardworking leader and a hero.

A university that claims to be one of the best science and technology higher educational institutions in Africa has been existing and functioning in Ghana since 1952; yet not a single scientific or technological breakthrough has been made by the university in its 62 year history, and no leader seems to be worried about this huge failure.

The authorities of Ghana's biggest and most renowned academic powerhouse need to raise money to settle a debt apparently incurred through renovation projects; but instead of taking steps that reflect those of academics (such as the construction of commercial car parks or parking lots on their own grounds), they construct toll booths on public roads around their premises without following the procedure spelt out by the constitution, or prior consultation with the appropriate government bodies. Acting solely on emotions and arrogance, a senior government staff who even has almost nothing to do with the Ministry of Roads and Highways pulls down the structure without any discussions with the university's authorities or the appropriate government bodies – a clear example of a jungle life where laws and rules are non-existent, and where everybody does what they want.

The body of a supposedly stillborn baby disappears without a trace in the second largest teaching hospital in Ghana which claims to be the 'gateway to Africa', and no diligent investigations are carried out, no serious efforts are made to address the concerns and plight of the grieving mother, and not a single individual is made to resign from their posts.

Ghana literally rests on water, yet there are shortages of clean water everywhere; there is plenty of sunshine, yet electricity supply is a major problem. The nation leans on wealth as it is blessed with abundant resources such as gold, cocoa, timber and oil, yet some children are still studying under trees, there are dusty roads everywhere and many other basic infrastructure or facilities are virtually non-existent. Government claims it is experiencing massive financial challenges, yet huge sums of money are being spent on the national male football team, and government continues to recruit people (possibly, strong party enthusiasts) to occupy illusive positions.

Evidently, the hopes of well-meaning Ghanaians and Africans are abating, disillusionment with independence is taking hold, and the populace is resigning themselves to the gloomy realities of poverty, marked inequality and unflinching corruption.

It is obvious today that corruption and the greed of African political elites and people in various positions of authority have not only became rampant and an almost acceptable norm, but have also filtered down to the rest of society in a way that is more severe, agonising and unbearable than it probably was in the period described by Prof Armah in his magnum opus.

As a matter of fact, the current breed of African leaders and in fact the inhabitants of the African continent have become so ugly that one wonders if the birth of the beautiful ones would do much to brighten up the darkened, horrible and nauseating image of the populace.

It is therefore probable, that not just beautiful but exceptionally beautiful people are the ones needed to steer Ghana and Africa's visibly stranded ship towards a less boisterous waves, a noticeably decent shore and a more habitable destination. Clearly, every African would want this dream to come to fruition in their lifetime and not after their generation has slipped into eternal glory. But the colossal and irresistible question is: Would the exceptionally 'Beautyful Ones' ever be born in Ghana or elsewhere in Africa?