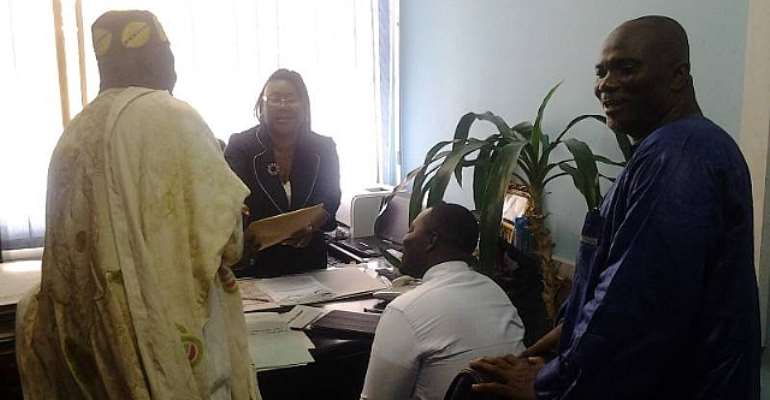 Accra, Feb. 19, GNA - Alhaji Ahmed Nii Nortey, Executive Director of United Muslim-Christian Forum (UMCF) has presented a memorandum to the Registrar General to provide a mechanism for the regulation and conduct of Muslim marriages and divorces in Ghana.

Leading a three-member delegation to present the memorandum, Alhaji Nortey said: 'We, Muslim stakeholders in Ghana have met to review the status of marriages of Mohammedans Ordinance (CAP 129).'

He said Muslims in the country acknowledged the steps taken by the Registrar Generals Department to develop draft tools including the Marriage Register and License for Imams.

'We also acknowledge the steps taken by the Attorney General's Office in making proposals for review of CAP 129 and we commend the Government of Ghana in facilitating the implementation of the law.'

Alhaji Nortey said the memorandum was divided into seven parts, which provides for the establishment of a Muslim marriage and divorce registry and the appointment and functions of a registrar of Muslim marriages and divorces.

'The section also gives the registrar the power to revoke licenses granted when there is a good reason to do so, whiles sections five and six deal with the registration of licensing of imams or marriage officers and the conditions upon which such licenses may be granted.'

Alhaji Nortey said the memorandum also deals with marriage contracts, establishment of Muslim Arbitration and Counselling Units where Muslim men who intended to marry a second, third or fourth wife needed to obtain a written consent.

She said a stakeholders meeting would be held for more deliberations on the issues and then be forwarded to the Attorney General Department for a final draft.

She thanked the organisation for the interest shown to expand the scope of Islamic marriage registration in Ghana.

Members of the delegation include Alhaji Imoro Baba Issah, Public Relations Officer of the National Council of Zongo Chiefs and Mohammed Shahadu, Interim Secretary of Federation of Muslim Lawyers.