By CENTRE FOR SOCIAL IMPACT STUDIES 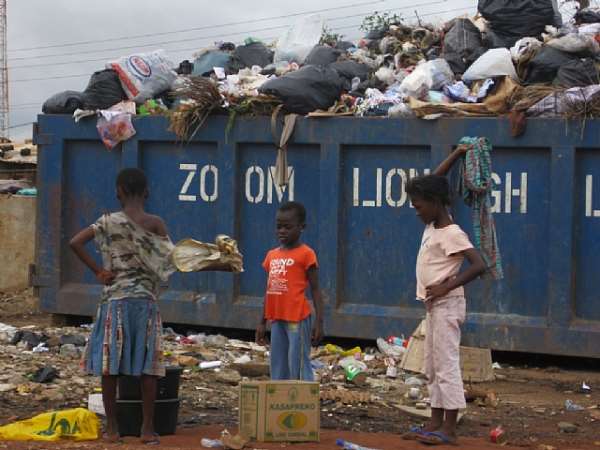 Speaking at a community forum in Fomena to discuss issues of transparency and accountability in mineral revenue utilization, Alhaji Lateef explained that the mineral royalty that AngloGold Ashanti pays is shared between the Obuasi Municipal Assembly which keeps 70 percent, Adansi South District which gets 20 percent and Adansi North District which keeps the remaining 10 percent. He criticized the distribution formula and questioned the criteria used in determining how much each district gets. Alhaji Lateef observed that if it is impacts of mining that are used as a criterion then his district should have got a lot more of the revenue since some communities in the district have serious mining impacts. He further stated that most lands in Obuasi, which receives a lion's share of mineral revenue belong to stools like Dompoase and Akrokerri which are located within the Adansi North district, hence the need for the district to be properly compensated. In response to a participant's question, the DCE stressed that mineral revenue cannot be used to construct roads because the district's share of the money is too small and can therefore not be expended on a capital project like roads. He vowed to push for a review of the formula for sharing mineral royalty to ensure the district gets its fair share.

Alhaji Lateef lamented that for the past two years government had not released mineral royalty, a situation that has stalled development in the area. The construction of a fence wall around the Nurses' Training College for instance, has stalled for more than two years because of the late release of funds.

Mr. Richard Ellimah, Executive Director of the Centre for Social Impact Studies (CeSIS) in a presentation appealed to traditional authorities who receive a portion of mineral royalty to publicly disclose it for members of the public to know. Such public disclosure, according to him will eliminate the occasional conflicts that flare up between them and the public. Mr. Ellimah also advised participants to actively get involved all activities of the district assembly and monitor the assembly's expenditure patterns. This will ensure that the assembly represented their interests at all times.

The community forum was held under the Yen Sika, Yen Daakye Project currently being implemented by Shaft FM with funding from STAR Ghana. It is aimed at promoting transparency and responsiveness in the utilization of mineral revenue in four mining districts: Adansi North, Adansi South, Amansie Central and Obuasi Municipal.