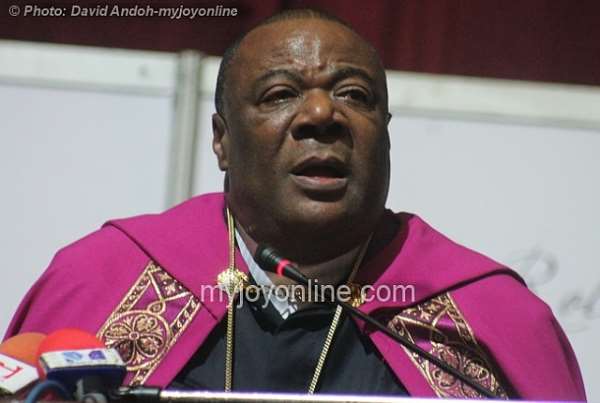 The cedi has already depreciated by three per cent against the major international currencies this month.

The US dollar, which sold at Ghc2.20 on the local foreign exchange market before Christmas last year, now sells at Ghc2.60.

The British pound, which sold at Ghc3 now sells at Ghc4.20.

The euro and CFA are also selling at Ghc3.50 and Ghc4.80 respectively.

In 2013, the local currency suffered 17-per cent depreciation.

The Bank of Ghana recently injected $20 million into critical areas of the economy as part of efforts to shore up the cedi.

“In the name of Jesus, say Satan take your hands off the President; take your hands off the Central Bank and the Finance Minister. Say we release innovation for the President, my God, the Governor of the Bank of Ghana, Central Bank, in the name of Jesus Christ the son of God, the Finance Minister. Say we command new ideas, breakthroughs and a miracle for the economy. Let the cedi rise in Jesus name”, he led in prayer.