Sexual And Reproductive Health And Rights: A Distant Reality? 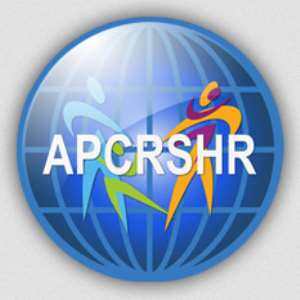 (Based on an interview with Dr Amita Pandey, Associate Professor, Department of Obstetrics and Gynaecology, King George's Medical University - KGMU)

Dr Pandey said: The progress in SRHR and gender equality is still slow and inconsistent in India and calls for urgent action. The magnitude of sexual and reproductive health problems in Indian women is immense. The prevalence of reproductive morbidity, including menstrual problem, reproductive tract infections (RTIs) and sexually transmitted infections (STIs), is very common. Anaemia in pregnancy is commonly seen in more than 80% women. We still have one third of the women in India who are getting married before they are of 18 years, getting pregnant, and having multiple pregnancies.

A large number of pregnancies are unintended and often lead to unsafe abortions. The main reasons for the high unmet need of family planning are a wide gap in the women's knowledge and attitude towards practice of birth control. In many families there is still a communication gap between couples regarding the information on family planning. Girls are still married off early, especially in rural areas, and they are largely unaware of issues around their sexual and reproductive health. Lack of education adds to their woes. Husbands are generally the sole decision makers in controlling family size and reproductive behaviour of their wives. The desire to have more children and to have a male child also results in unplanned pregnancies which in turn increases the likelihood of unsafe abortion and its associated complications. In case the pregnancy is not terminated, decreased pregnancy delivery interval leads to increased risk for abortions, higher complications in pregnancy, low birth weight babies, preterm delivery and complications during delivery. There is also increased risk of anaemia and poor health of the mother; lactation failure; and higher infant mortality rate. All this in turn leads to higher maternal and neonatal mortality. In the state of Uttar Pradesh (one of the most backwards and most populous state of India) child mortality has increased from 330 to 346 per 100,000 during the last year, according to a recent report.

Awareness of SRHR
Awareness among women regarding their sexual and reproductive health and rights (SRHR) is directly related to their educational status and financial independence. Of late a certain degree of increased awareness is being seen among urban women but women from the rural areas are still largely unaware. Financial dependence, lack of family/social support, and gender disparity are some of the obstacles women face in exercising their sexual and reproductive health rights. More education means not only better jobs and more affluence, but also a greater sense of control over one's life. So it is imperative for girls to complete their education and become economically and emotionally independent before getting married. The Family Planning programme in India must ensure that: gaps in infrastructure are filled; there is a change in strategy for a wider acceptance; cultural barriers in acceptance of family planning services are removed; and, above all, the programme becomes a women's movement.

Keeping in mind the urgency to meet the unfulfilled SRHR needs of key affected women and girls, civil society organizations in collaboration with government policy makers, programme implementers, and development partners will gather at the Philippine International Convention Centre on January 21-24, 2014 for the 7th Asia Pacific Conference on Reproductive and Sexual Health and Rights (7th APCRSHR). This conference will provide an opportunity for the participants to review the region's accomplishments, current good practices for diverse population segments (adolescents and youth, women of reproductive age, men, and the elderly), the roles of different stakeholders, as well as the issues and challenges in realizing the ICPD Program of Action and in attaining the SRHR-related MDGs. The gathering also hopes to generate new paradigms, innovative ideas and strategies that would address emerging SRHR issues and challenges beyond 2015.

Kudus becomes first Ghanaian player to score twice in a sing...
42 minutes ago