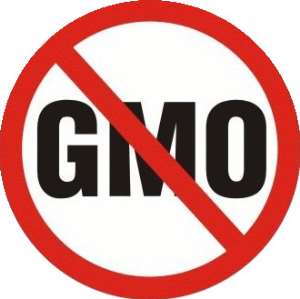 “Members of Parliament have been promised investment will come from the bill. It will be the same extractive investment that has plagued African countries for centuries, investment designed to extract the wealth from Ghana, including our water and soil nutrients, for the benefit of western investors and the expansion of western monopolies,” FSG said in a statement issued in Accra on Wednesday by Ali-Masmadi Jehu-Appiah; Chairperson, and copied to Ghana News Agency.

It said the bill would destroy farmers' rights and freedoms and expand the rights and reach of multinational corporations.

The statement said the bill was based on UPOV 1991, a restrictive and inflexible legal regime, focused solely on promoting and protecting industrial seed breeders that develop genetically uniform seeds/plant varieties suited to mechanised large-scale agriculture growing monocultures for export.

It said the bill would make it illegal for farmers to engage in their age-old practice of freely saving, using, sharing and selling seeds.

“They will not be permitted to freely save, share, or sell seeds from previous seasons for planting in subsequent seasons. Farmers using saved seed may be required to pay royalties to the multinational breeders. Saved seeds may even be confiscated and destroyed. In this respect, the Plant Breeders' Bill literally outlaws the business of farming.

“The bill will reduce employment and the number of jobs. The bill will require farmers to buy new seeds every year and buy the toxic chemicals that are required for use with these corporate seeds. This will drive many farmers into debt.

“Burdened by debt, farmers are likely to lose their farms, and those working on farms will move to the cities, where there are no jobs to replace the lost farming jobs,” the statement said.

It said farmers would be forced to buy the limited variety of seeds available from multinational corporate plant breeders and replace traditional varieties of seeds with uniform commercial varieties and force the dependency of smallholders on commercial seed varieties.

“The effect of these laws in other countries is to drastically reduce the number of varieties of available seed.”

It noted that the seed varieties sold by multinational corporations require repeated and increasing applications of toxic chemicals in order to grow.

Farmers will be forced to purchase and use these chemicals which pollute the plants, the soil, the water, and air.

“Right now Ghanaian grown food is relatively free of chemicals. This bill will destroy that,” the statement warned.

It said Clause 23 gives away Ghana's sovereignty, explaining that the rights of the multinational plant breeder corporations are held above the rights of Ghanaians.

It cautioned: “If Ghana passes laws to protect our health and environment from the plant breeder corporations, it could be subject to massive judgment debts.

“The Plant Breeders' Bill facilitates biopiracy, the theft of the genetic inheritance of Ghanaians, the germplasm of Ghana's seeds, which for centuries we have developed freely with seeds grown and traded collectively as part of our farming culture.

“The bill does not provide for mechanisms of prior informed consent and access and benefit sharing. The multinationals will then use the seed DNA Ghanaians have developed, saved, and shared to develop seeds to sell back to Ghana,” the statement said.

It said farmers have not been consulted, or even informed about the bill's features and implications even though it would change their entire way of life and their ability to farm at all.

The statement said the US Embassy, Western governments and corporations have advised Parliament on the Plant Breeders Bill, not farmers.

It said the bill protects the private sector, mostly multinational agribusiness corporations, under the pretext that this is in the interest of small-scale farmers.

Parliament is expected to reconvene in January 28, to start the First Meeting of the Second Session of the Sixth Parliament of the Fourth Republic with the consideration of the controversial Plant Breeders Bill.