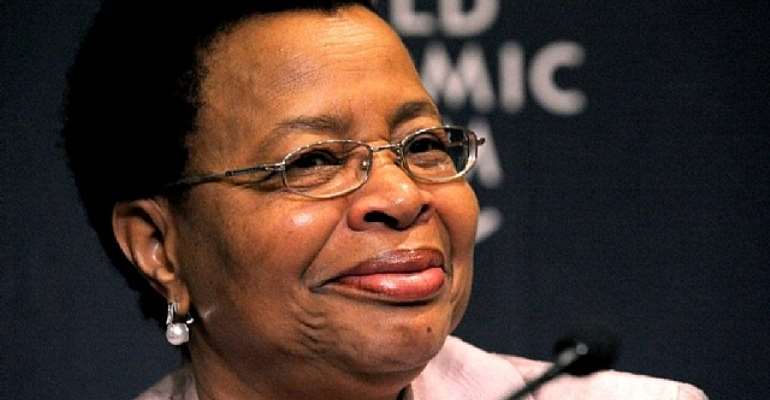 Johannesburg, Dec 12, GNA- President John Dramani Mahama has called on Madam GraÃ§a Machel, widow of the late former President Nelson Mandela of South Africa, to commiserate with her and the entire family.

Although the meeting was held behind closed doors, it is believed that President Mahama, who had earlier filed pass the body of the late President, was there to console the widow.

It was raining heavily and President Mahama and his entourage had use umbrellas to enter the house that was under tight security.

Outside the house was a huge crowd that gathered to catch a glimpse of dignitaries from all over the world who entered the residence to console the widow and the family.

Professional wreath makers and flower arrangers also defied the heavy rains to continue their productions that were expected to be used for the burial of their late leader.

President Mahama had told journalists that he was humbled by the death of Madiba and that he would be guided by the principles of forgiveness and selflessness the late President had left behind.

The President said late President Mandela had the opportunity to revenge his 27 years he spent in prison but let it go on account of his belief in forgiveness and selflessness.

Late President Mandela, who is currently laid in state at the Union Buildings, would be buried on Sunday at Qunu where he grew up.

The Union Building would be renamed "The Nelson Mandela Amphitheatre' after his funeral.

Thousands of world leaders and mourners from all over the world are still filing pass the body.