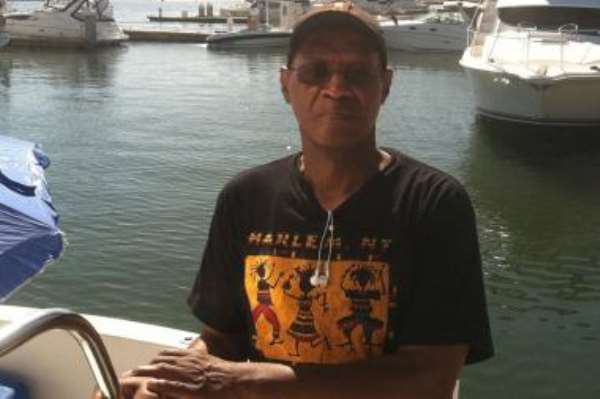 A married father of three who says amnesia led to his disappearance for nearly two decades wants to reconnect with his family — and have himself declared undead.

The 41-year-old got ready for his job as a switchman at New York Telephone, said goodbye to his wife and their three kids, and left for the office.

During his lunch break, he called his wife, Leslie, and told her he would head home around 5:30 p.m.

That brief chat was the last time his family heard from him for nearly 20 years.

Bright never returned to his apartment in Peter Cooper Village and he became the subject of a missing person investigation. For more than a year, family members and NYPD detectives searched for him, but the manhunt came up empty.

In 2000, Leslie gave up hope of ever seeing her husband again and had the court declare him dead so she could collect his pension and insurance.

But Winston Bright was alive — living in California, unaware that he had a family in New York hunting for him. At least that's what a man claiming to be him now says.

The alleged Winston claims, when he left work that fateful day, he suffered a form of amnesia and forgot his identity.

Two years after the disappearance, Winston Bright ended up in San Diego, where a judge officially changed his name to Kwame Seku because he was unable to remember his past.

Seku says with the new name, he started over, enrolling in college, becoming certified to teach and settling in northern California. But in 2007 the memories came flooding back.

With the help of his West Coast friends, Seku was able to piece together his past, and then contacted the Brights in Manhattan.

He took his quest to prove his identity a step further in 2012, going to Manhattan Surrogate's Court to get a judge to declare him to be Winston Bright.

“[Winston Bright] was, in fact, alive and inexplicably found himself in California with no recollection of who he was or how he got there,” Seku wrote in his court papers, explaining his bizarre trans-continental journey.

So far the family reunion and the court case haven't gone well.

Leslie and her three kids didn't welcome him back with open arms.

The family does not fully believe that Seku, 65, is indeed their long-lost dad. And while his form of amnesia is a real condition, they don't buy memory loss as an excuse for being gone for so long.

“Nobody just walks down the street and says, 'Oh snap, I don't know who I am,' ” Leslie and Winston's son, Aaron Bright, told DNAinfo New York last week.

Seku could not be reached for comment. His lawyer also declined to discuss his case and his condition.

But research shows that a psychiatric condition exists where people without any underlying biological problem can suddenly forget their identity.

"In many of the cases that we have seen, people take on a new life and a new identity," said Dr. Larry Squire, a professor of psychiatry and neurosciences at the University of California at San Diego.

Squire has studied amnesia in patients and has found many cases in which the memory loss lasts for years. He said he found that uncomfortable life circumstances — like abuse or depression — are an underlying factor in the amnesia.

In Seku's case, he didn't have the psychological baggage.

By his family's own account, Winston had no reason to take off. He showed no signs of unhappiness and enjoyed his job of 20 years.

“Winston and I had a good marriage, and he was very close to his three children,” Leslie said in an affidavit in 1999 when she went to court to declare him dead.

“I cannot conceive of any circumstances under which he would fail to contact his family members if he was still alive and able to do so.”

Aaron Bright, 35, described Winston as a loving father who, on Sundays, served as a minister in his Jehovah Witnesses congregation. Each summer, he took his kids on a trip to Disney World, Aaron recalled.

“My pops was like the enforcer of the family. He was also the guy we could run and jump on and play with,” he said.

“If an outside person was looking at our family up until the day he left, we looked like the Brady Bunch.”

Aaron remembers packing his dad's duffel bag and watching him leave for work on the day he disappeared.

Family and detectives plastered a poster with Winston's image around the city. They scoured hospitals and homeless shelters and monitored his finances for activity.

No withdrawals were ever made from his bank accounts. No purchases were charged to his credit cards. The paycheck he received on the day he went missing was never cashed. And his Social Security identification was never used.

After Winston disappeared, the family fell on hard times.

A stay-at-home-mom, Leslie couldn't afford to keep their apartment. She moved the family into her parents' place on Avenue D in the East Village and took a data-entry job earning $8.25 an hour.

Aaron, who was 12 when his dad went missing, said he got mixed up with a bad crowd. A downward path led to stints in prison on drug-related charges.

Then in 2007, Seku contacted the family. Aaron said Seku told his sister, and later him, that he had suffered amnesia.

In their two decades apart, Seku had become a teacher and worked in the California prison system, according to Aaron.

Seku told them that he learned his true identity when friends heard him saying Leslie Bright's name in his sleep. Researching her led to the reunion.

Aaron was skeptical of the story.
Since he was a kid, he never thought his dad was missing. If his father had been killed, Aaron figured police would eventually discover the body. Since Winston never turned up dead, Aaron assumed his dad just abandoned the family.

“My sister said something had to have happened to him,” Aaron said. “To me, I was a realist.”

The rest of family grew suspicious and stopped talking to Seku in 2011, when he asked for their help in proving his identity in court.

Seku had a financial motivation. He wanted to collect his pension from New York Telephone Co. — which was now Verizon — but needed a judge to vacate the declaration of his death.

Leslie had been receiving the modest monthly payments from the pension since 2000. If Seku were declared to be Winston, then Leslie might have lost the money.

In September 2012, without the help of the Brights, Seku lost his case. A judge denied the request to vacate the declaration of Winston's death because Seku had not provided enough proof.

Seku's lawyer, David Caraway, declined to say if Seku would challenge the decision.

Aaron got out of prison more than two years ago. Now he works as a personal trainer and is going to school for his associate's degree. He believes his family would have had a completely different life if his dad hadn't disappeared that day.

“I had no father figure,” he said. “Psychologically, it had a real toll on me.”