By Coalition For Free, Fair And Transparent Elections (COFFTRE) 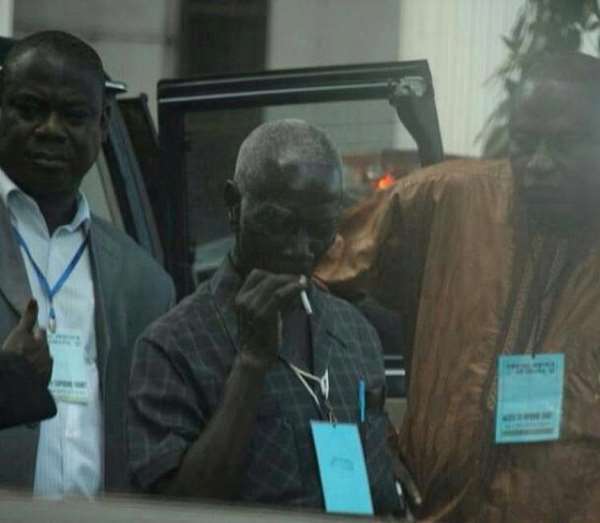 The Coalition for Free, Fair and Transparent Elections (COFFTRE) has officially written to the Electoral Commission of Ghana (EC) to publish within one month its itinerary leading to election 2016.

This request would ensure that a 'glass house effect' is achieved before, during and after the 2016 general elections. It would also ensure that Ghanaians have complete knowledge and understanding of how the Commission intends to deliver election 2016.

Copies of the letter have also been sent to various Embassies in Ghana, as well as copied to the Inspector General of Police, the Speaker of Parliament, the Majority Leader, and the Minority Leader.

Please find below a copy of the letter sent to the EC for your perusal and action.

Coalition for Free Fair and Transparent Elections (COFFTRE) request from the Electoral Commission to within one month publish its itinerary leading to election 2016, to rescue Ghana from going to 'War'.

Without doubt, such a scenario would portend that we are dealing with over 26000 flashpoints in election 2016. Note, not potential flashpoints, but actual flash points.

It is in this direction that we have come together as a Coalition to push forward an agenda that would ensure an election that Ghanaians can live with in 2016. The Coalition intends to rescue Ghanaians from very likely war in 2016.

In that direction, the Coalition for Free, Fair and Transparent Elections is calling on the EC to grant Ghanaians certain immediate reliefs.

1. The EC must create a 'Glass House Effect' in its operations. By Glass House Effect, we mean that the EC must grant the fullest, 100% access to all its decisions, documents and records and the rationale for taking such decisions. It must be like a glass house, into which every Ghanaian who is interested can look at any time to establish what is going on. We would demand a regime of 'no secrets' at the EC.

2. The Coalition demands from the Electoral Commission within One Month to publish its itinerary or roadmap leading up to election 2016. By this we mean that the EC must publish its operations calendar, such as when it would conduct registration, when registration would be completed, when the final register would be ready, and when this register would be made available to all players, including all members of the general public. It also includes the provision and publication, for the benefit of the general public, complete samples of all material for use during elections.

3. The EC must agree that all its decisions would be arrived at only after the Inter Party Advisory Committee (IPAC) has come into agreement, as to the mode and nature of documentation for employment in every aspect of election 2016. The EC must give complete undertaken that it would not employ any item, document, machinery or any other material without approval by parties to the election.

It is the intention of the Coalition that these demands would become the reality. In that direction, we give the EC one month to tell Ghanaians what it intends to do about the demands stated above. Failure to engage us on these demands would lead to further action on our part.

Furthermore, the Coalition is calling on members of the general public desirous of saving Ghana from imminent war in 2016 to join our membership.

It is now clear that Ghanaians have lost hope in the judiciary at least when it comes to electoral matters. Too often we hear people saying 'no court in 2016'. If care is not taken, no political party would be interested in solving any election dispute in Court in 2016.

We count on your cooperation.