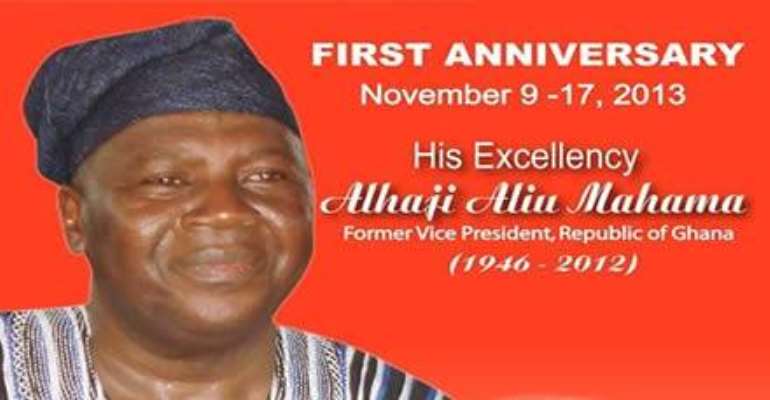 Tamale, Nov. 17, GNA - A ceremony to mark a year's anniversary of the death of Alhaji Aliu Mahama, former Vice President, was held at his residence in Tamale on Sunday.

A representative of the National Chief Iman led the ceremony to recite the Quran and preached for the departed soul.

Alhaji Fuseini called on all to reflect on the life of the late former Vice President and endeavour to do the right things for the good of the society.

He called on the people of the Region to write a new chapter of unity for the accelerated development of the area.

Mr Nitiwul described the late former Vice President as a unifying figure who loved all and was equally admired by all for his sense of oneness.

The government's delegation presented five bags of rice, eight crates of minerals, 10 cartons of bottled water and GH¢ 500.00 to the family of the late former Vice President.

The late Alhaji Mahama died in November last year at the Korle-Bu Teaching Hospital after a short illness.