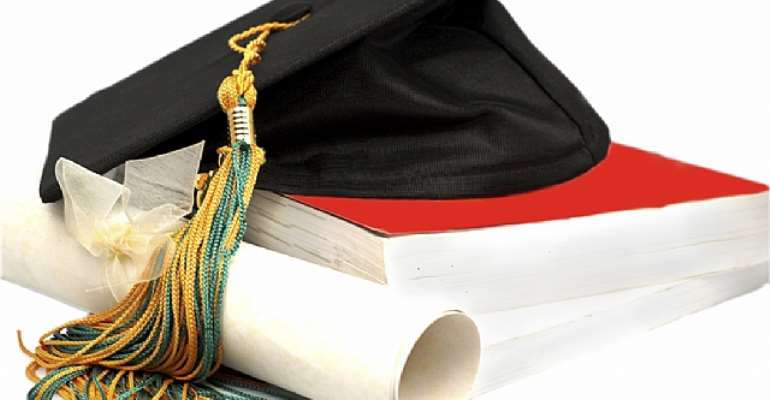 The University of Ghana, Legon, will stop running diploma programmes after the 2015/2016 academic year.

The decision, which will be gradual, is in line with the proposed transformation of the school into a research university.

The Vice-Chancellor, Professor Ernest Aryeetey, who announced this at the congregation of the university over the weekend, said the move would place greater emphasis on post-graduate work and research.

“It is proposed that there should be a ratio of 50:50 between regular undergraduate and postgraduate students over the next decade,” he told a large gathering at the graduation ceremony of 4,079 students.

Professor Aryeetey said in line with the proposal, the university planned to increase graduate admissions by 15 per cent yearly.

“We are hopeful that the programme, which will initially be delivered through a combination of class meetings and online activities, will open the door for the introduction of other graduate programmes to be run through the distance education mode,” he said.

Admissions
On admission of fresh students, the vice-chancellor expressed frustration that the university was faced with the painful decision of having to turn down the applications of many otherwise well qualified applicants due to limitations of staff and facilities.

Referring to this year's admission, he disclosed that the university received 52,202 undergraduate and sub-degree applications out of which the university could only admit 14,695 applicants into the main campuses, Korle Bu and the Accra City Campuses.

He was, however, quick to add that “not all those who were not admitted met the minimum requirements for admission.”

Professor Aryeetey announced that the University Council had approved the restructuring of the university into four colleges.

“We will continue to work towards the takeoff of the collegiate structure from the start of the 2014/2015 academic year,” he told the congregation, adding that interim Provost and College Secretaries had been appointed to the College of Humanities and the College of Basic and Applied Sciences.

The Managing Director of Cal Bank Ltd, Mr Frank Adu Jnr, who addressed the congregation, reminded the graduands of the task ahead as they moved into the corporate world.

Mr Adu told the graduands: “After school, it is only your performance which will determine your progress and your success. Commit to excellence and performance and you will succeed.”