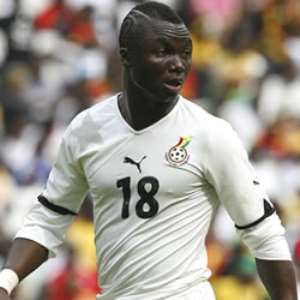 Striker Dominic Adiyiah has returned to the Ghana squad for the World Cup play-off against Egypt on November 19.

The Arsenal Kiev attacker has been included in Kwesi Appiah's 24-man squad released on Monday.

Adiyiah has been in and out of the Black Stars in recent years but will have another shot at impressing after been named in the squad.

Adiyiah was included in the country's World Cup double header against Sudan and Lesotho in June this year but was dropped for the last two games against Zambia and Egypt in Kumasi.