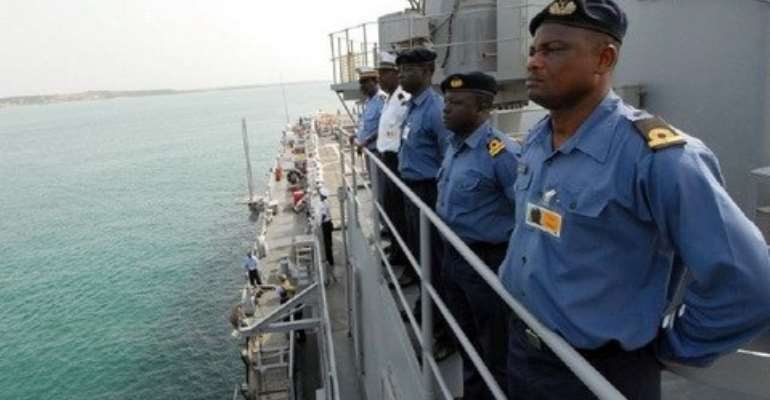 The Ghana Navy last Friday lost one of its ratings during patrol around the Jubilee Oil Fields.

Ordinary Seaman Assan Emmanuel drowned near the oil fields when gusty winds capsized the life boat carrying he and his colleagues.

A statement issued by the Public Relations Directorate of Ghana Armed Forces in Accra at the weekend said as part of its routine operational patrols of the oil fields and the Western border, Ghana Navy Ship (GNS), Yaa Asantewaa sailed to the operational area on October 31.

At about 1000 hours on Friday, November 1, two fishing vessels were sighted engaged in fishing around the Jubilee Oil Fields.

The vessels were accosted and stopped for boarding, search and seizure.

Two teams comprising three officers and six ratings in addition to a boat crew of two were detailed to search the vessels. The teams successfully boarded and investigated the two fishing vessels and found out that they were operating within the law.

The two naval teams then returned to the Navy ship in the life boat. While the life boat was alongside the ship seven of the personnel first went on board leaving the boat’s crew and the two other boarding team members, one of whom was Ordinary Seaman Assan.

The stability of the life boat was affected causing it to capsize. All the personnel on board were wearing life jackets as required.

The life jacket of three of the personnel inflated automatically but that of Ordinary Seaman Assan failed to activate.

Emergency activation procedures conducted by the others to assist inflate his life jacket failed and his colleagues lost contact with him as he went down quickly due to the swift and strong current around the Jubilee fields.

A search commenced immediately in the general area. When it was apparent that Ordinary Seaman Assan could not be seen, the ship returned to harbour at Sekondi on Saturday at about 1500 hours.

Fishing villages from Elmina to Half Assini have been requested to assist retrieve the remains of the rating as the search continues.