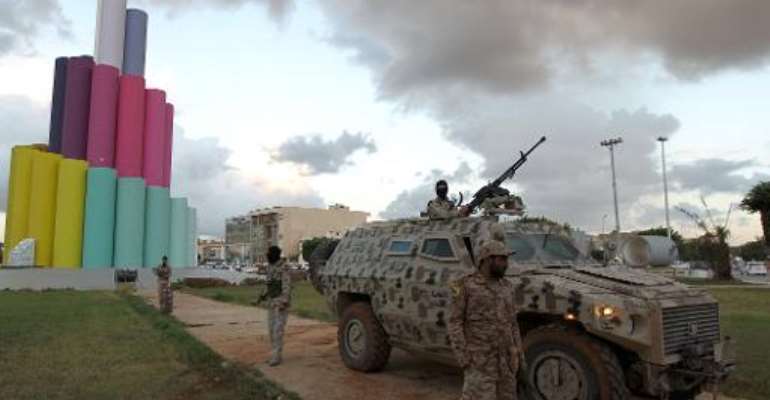 Libyan security members stand by an armored personnel carrier as they patrol the streets of Benghazi on November 14, 2013. By Abdullah Doma (AFP)

Sheikh Muftah al-Fitouri, who preached at the city's Benina air base, was killed when an explosive device attached underneath his car detonated on Thursday morning, the official said.

A spate of attacks on security personnel and other officials who served under Kadhafi has rocked Benghazi since his overthrow in 2011.

The central government in Tripoli has struggled to control former rebel militias that dominate the eastern city.