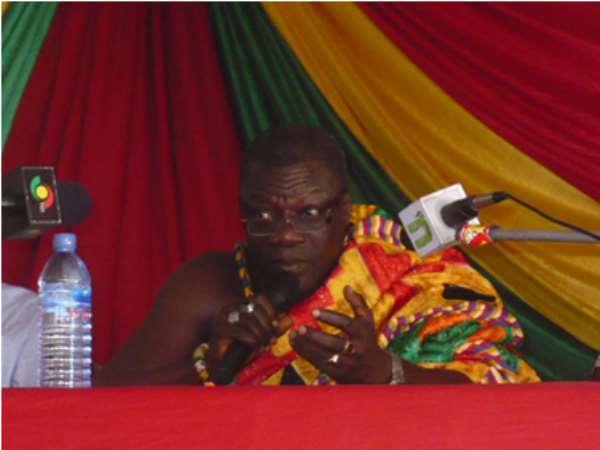 A day's programme has been held at the Agona Swedru Town Hall to commemorate the 2013 world disaster risk reduction day.

The day was observed by all officials of the National Disaster and Management Organization (NADMO) in the Central Region as well as the Federation of the Disabled within the Agona West Municipality.

The programme which lasted for an hour and half was graced by the President of the Central Regional House of Chiefs, Daasebre Kwebu Ewusi VII.

Daasebre Kwebu Ewusi VII is the Omanhene of the Abeadzie Domenase Traditional Area. He is also the Chairman of the Central Regional Disaster Risk Reduction and Climate Change Adaptation Platform.

Giving his submission at the ceremony, Daasebre Kwebu Ewusi VII recounted that most often, many people had thought and still many hold the view that disasters are not preventable but he said that is not what it is.

He said most of the calamities that befall us are as a result of our actions and inaction in the face of what is commendable and right with the law. Though people know what is right and lawful, they tend to overlook them and they continue to act according to their selfish interest which brings them troubles later when a supposed or an apparent problem arises.

This he said and made an allusion to the disaster that befell Agona Swedru and the surrounding towns in 2010 where a lot of buildings were completely washed down and others well demolished including some national assets which were destroyed as well as individual properties amounting to millions of Ghana Cedis that were destroyed and many others which were carried away by the flood. The reason being that there were too many illegal structures at many points which were so close to the course of the Akora River.

In all these calamities, it is the disabled who really suffer, he said.

Turning his attention on the woes of the physically challenged and the fact that we need to recognize them in all activities, he drew the attention of all to President Mahama's choice of a disabled person to be the minister of Chieftaincy. He said though there was much uproar about his nomination, the likes of him helped to let people understand the need for us to involve them in the day to day administration of the country.

Daasebre Kwebu Ewusi VII recounted an accident he had which almost rendered him disabled. He dwelt on this to advice everyone that anyone stands the danger of becoming disabled and for that reason, all should be better advised.

He later called on everyone to support these vulnerable ones among us.

The President of the Federation of the Disabled in Agona West, Mr. Kofi Asante expressed his excitement at the fact that they have now been recognize unlike in the past when they were discriminated against.

He however expressed worry that though a disability law has been passed by the Parliament of Ghana to involve their activities and movement in the construction of buildings and others infrastructures, there is much more effort to be pumped in, in order to assist them with the use of all social amenities.

He said, building, roads, hospitals, bridges, and many more are not disability friendly at all. With that he entreated all government officials to factor them in everything there is to do to help them utilize these social amenities.

Speaking on behalf of his people, he called on the District assembly to welcome them so that they would be able to channel their grievances to them for solutions.

The Member of Parliament for the Agona West Constituency, Hon. Lawyer Obeng Inkoom said, the theme for the programme “Living with Disability and Disasters” is inevitable in human life and that there is the need to stay focused as a people and also follow the instructions which would be given by the NADMO based on the United Nation's recommendations in order to do away with some of the disasters that befalls as some of them are preventable.

He however, pledged his support to help the NADMO to disseminate information to the people within his constituent throughout his tenure of office up until 2016.

The Acting Regional Coordinator of NADMO, Mr. Sandy Amartey Snr. said the theme for the year's celebration could not have been better selected because the most affected in disasters are the disabled.

He then stated that it is the responsibility of all to help in the reduction of disasters especially those which are within our ambit curtail.

The chairman for the occasion, Lawyer Samuel Adu Yeboah said, the day's gathering was focused on the disabled.

Lawyer Samuel Adu Yeboah is the former Member of Parliament Agona East and the former District Chief Executive for the Agona District Assembly.

He is currently a member of the Central Regional Disaster Risk Reduction and Climate Adaptation Platform.

Present at the ceremony were the District Chief Executive of Agona East, Hon. Martin Luther Obeng and the Agona West District Coordinator of the National Disaster and Management Organization (NADMO), Mr. Dawood as well as many other dignitaries. 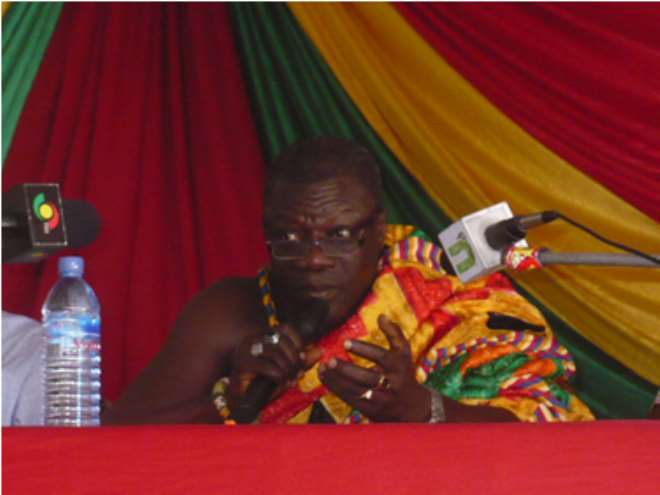 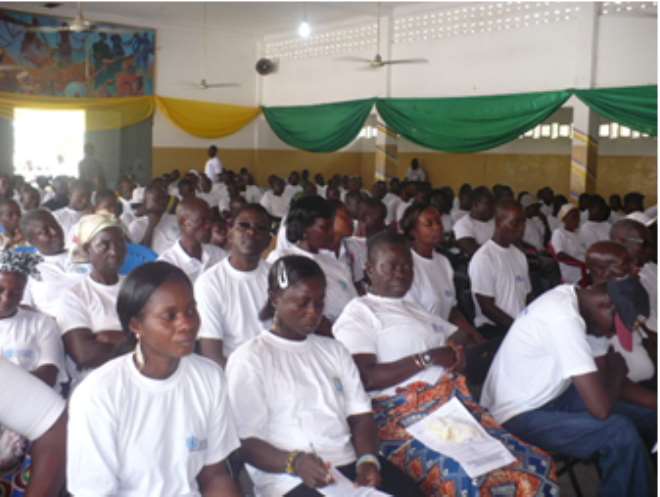