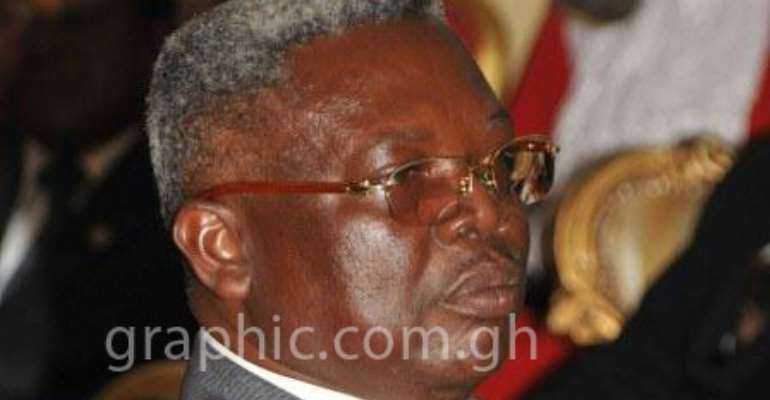 The Judgment Debt Commission on Monday urged the Ghana National Procurement Agency (GNPA), to publish the names of people indebted to it for Ghanaians to know those behind the Agency's problems.

Ghanaians are interested to know those who are collapsing the Agency, Mr Justice Yaw Appau, Sole Commissioner of the Commission said at its sitting in Accra.

He said huge sums of monies invested in state institutions had been wasted because of the lackadaisical attitude of some officials who managed them with no seriousness.

Mr Justice Appau was reacting to a statement from Mr Douglas Yagra Kumasi, Acting Chief Executive Officer of the Agency, that the company is cash strapped and had therefore tabled its financial challenges before government for assistance.

The Agency appeared before the Commission to answer questions on the outcome of negotiations on the settlement of its indebtedness to New World Investment Limited, a private financial entity.

'People put in public places of trust must learn to do the right things without fear or favour. They must not succumb to political and other pressures. The right things must be done and if even you lose your job, one day the reward and appreciation will come from God and the people,' Mr Justice Appau said.

Mr Kumasi said the Agency is faced with challenges of political interferences, and to a large extend, some people issue chits authorising the Agency to supply them goods, which had not been paid.

He said the Agency took a loan of one million Ghana cedis from the New World Investment (NWI) Limited in January 2004 to supplement its working capital needed to import 83,333 bags of sugar, which was not supplied.

He said the interest rate was 2.83 per cent computed monthly over the discounting period while full repayment was to be effected 91 days from the date on which the note was issued.

Mr Kumasi said the Agency however defaulted in meeting its commitment within the 91 and NWI took the matter to an Accra High Court with the Ministry of Finance and Economic Planning and won judgment in its favour.

The Agency paid the NWI and was left with a balance of 450,000 Ghana cedis.

The Chief Executive Officer said, during negotiations, which involved officials of the Ministry of Trade and Industry, the Agency and NWI, the investment company insisted on calculating the amount due it by working compound interest on the face value of the commercial paper from the date of default, which was on April 28, 2004 to December 31, 2009.

Mr Kumasi explained that by that calculation, the amount due of was 4,377,832.28 Ghana cedis, which the Agency disagreed to and requested that the interest be calculated on simple interest, using the rate quoted on the paper.

Mr Kumasi said in the desire to resolve the matter amicably, the Agency suggested that an offer of 2,000,000.00 cedis could be made to the NWI in final and total satisfaction of any or all amounts due it in respect of the indebtedness.

He said there was a stalemate in the negotiations and that the court had given part judgment for an amount of 450,000.00 Ghana cedis.

The NWI did not contest this and the issue of interest is still in court pending final determination.

Mr Kumasi explained that the intervention of the Ministry of Trade and Industry and the Ministry of Finance and Economic Planning is to settle the debt to forestall the sale, by auction, of Agency's head office building as the result of its inability to pay the balance of judgment debt of 450,000.00 Ghana cedis.