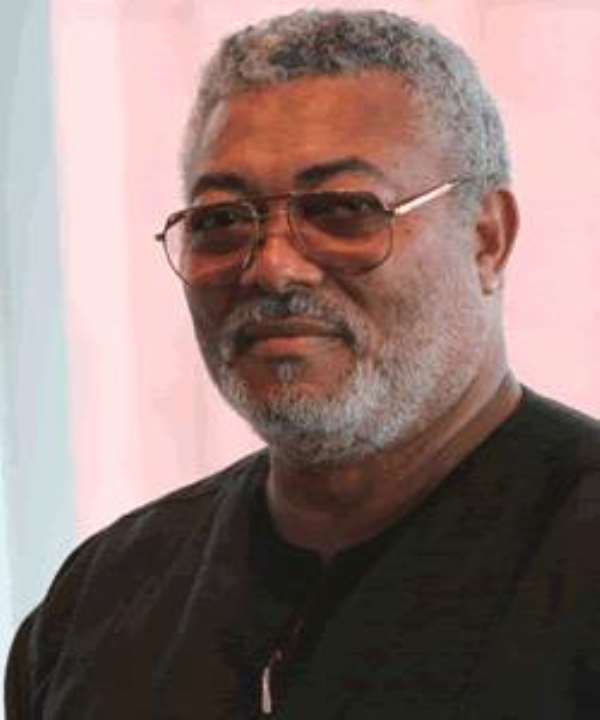 Tamale, Oct. 12, GNA - The University for Development Studies (UDS) on Saturday conferred an honorary Doctor of Letters on former President Jerry John Rawlings in recognition of his contribution towards the founding and establishment of the university in 1992.

A citation in support of the honour said, while others said it was unnecessary and waste of resources at the time to set up another public university, you were not discouraged but pushed us to ensure that UDS came into being.

Dr A.B Salifu, Chairman of the UDS Council, who led the university to confer the honours on Dr Rawlings at a special congregation of the university in Tamale, said: 'For us at UDS community, Rawlings is our hero.'

He said the establishment of UDS marked a turning point in the socio-economic and education life of northern Ghana.

The event was graced by Ministers of State, members of the academia, chiefs from northern Ghana and the Ashanti Region amongst others.

In his acceptance speech, Flight Lieutenant Jerry Rawlings entreated all to be men of character and speak up against corruption in all spheres of life to ensure the development of the country.

He urged the UDS to maintain its trimester academic programme, which allowed students to spend part of their academic course in community service and to become part of the communities, saying this is fostering unity among the people.

He called for more resources for the university and urged its alumni to take the lead role in this regard.

President John Mahama spoke against political interference in the administration of public universities, saying such a practice must not be entertained.

He described the former President's award as 'Eight years too late.'

He said there is the need to redouble efforts to enable the north to catch up with the rest of the country in terms of development.

President Mahama said government would continue to support the UDS to expand in faculty and infrastructure to enable it admit more students to contribute to the socio-economic development of the country.

President Mahama announced a GH¢200,000.00 fund for the UDS to engage in special research purposes.

The Asantehene, Otumfuo Osei Tutu II, who was represented at the event also donated GH¢15, 000 out of his Educational Endowment Fund towards the development of UDS.

Meanwhile, UDS also unveiled a statue of Flt Lt Rawlings which will be placed permanently at its Nyankpala Campus.

Government extends electricity to seven communities in Savan...
55 minutes ago