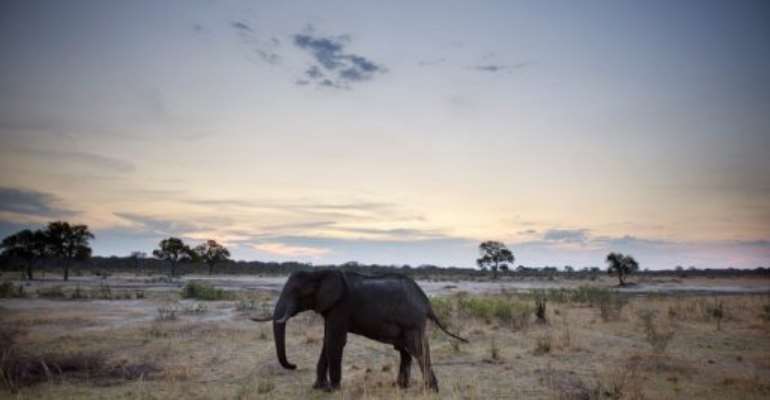 An African elephant is pictured on November 19, 2012, in Hwange National Park in Zimbabwe. By Martin Bureau (AFP)

The announcement came after a group of government experts visited Hwange National Park on Saturday to investigate reports of cyanide poisoning.

"When we left Hwange National Park on Sunday, the total number of elephants that had died from cyanide poisoning was 81," said Jerry Gotora, a director of the Zimbabwe parks department.

"Several other animals have also died, but we don't have the total number yet."

More than 25,000 elephants were poached last year, according to the Convention on International Trade in Endangered Species (CITES).

The animals' tusks are highly sought after for Asia's ivory trade.

Nine people have been arrested on suspicion of poisoning watering holes in the game park to kill the elephants for their tusks.

However, Gotora said the poison had been "put at places where elephants graze, not in water as was being reported".

There are more than 120,000 elephants living in Zimbabwe's national parks.