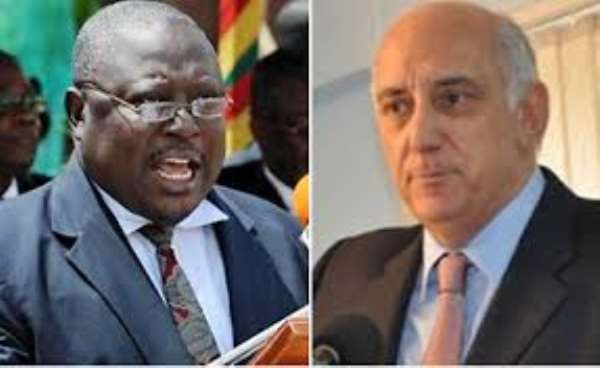 Three months after the Supreme Court ordered Waterville Holdings and Isofoton SA to refund 25 million euros and $325,000 respectively to the state, which was wrongly paid to them by the government of Ghana as judgement debt, the two multi-national companies are yet to honour the orders of the court.

Available information indicates that the government is yet to retrieve the money and pay same into the Consolidated Fund.

Late last year, a former Attorney General and Minister of Justice, Martin B.K. Amidu, filed a writ at the Supreme Court against the Attorney General,  Waterville Holdings (BVI) Limited,  Austro-Invest Management Limited, and  Alfred Agbesi Woyome for various actions and conduct son their part in the making and payment of claims against the government.

Waterville Holdings Ltd, one of the companies which spearheaded the construction of some stadia in Ghana ahead of the 2008 Africa Cup of Nations, was paid over 40 million euros as judgment debt by the state, after dragging the Government of Ghana to court in 2009 over alleged abrogation of contract.

But, Amidu contended in court that the alleged agreements between the Republic of Ghana and Waterville and its associates, Austro-Invest, and Mr. Woyome, were international business or economic transactions, which never became operative for lack of Parliamentary approval, under Article 181 of the Constitution.

He also raised the issue of whether or not the Republic of Ghana could pay claims for a loan transaction which never went to Parliament, and was never received by the Government of Ghana.

Amidu, again, challenged the jurisdiction of the High Court to entertain Mr. Woyome's Suit No. RPC/152/10 against the Republic of Ghana, on the grounds of his lack of locus standi, and a cause of action to commence the action in the first place for absence of a contract with the Government of Ghana.

On Friday June 14, 2013, the nine-member panel, chaired by Professor Date-Baah, upheld the reliefs sought by Mr. Martin Amidu, and ordered that Waterville Holdings did not deserve the judgment debt awarded it.

The court argued that the payments made to Waterville involved contracts that required Parliamentary approval, which was not sought, and therefore, rendered the contract unconstitutional.

Justice Jones Dotse, a member of the panel, in agreeing to the ruling read by the president of court, noted, 'a perusal of…indicate quite clearly that the 2 nd and 3 rd defendants, after their initial disagreements about their entitlements, later entered into an alliance to create, loot, and share the resources of this country, as if a brigade had been set up for such an enterprise.'

The court, subsequently referred counsel for both Waterville and Woyome to the General Legal Council for disciplinary action against them for failing to do due diligence on their clients' case.

In the case of Isofoton, who had also sued and received judgement payment for the alleged breach of contract regarding a rural electrification project, the Supreme Court, on 21 st June 2013, declared the two agreements null, void and without effect, and quashed all proceedings that had taken place in the High Court in relation to them.

In an interview he granted Citi FM after the two rulings, a Deputy Information and Media Relations Minister, Murtala Mohammed, pledged that the retrieval of the money 'will be done as quickly as possible, to ensure that the monies that were paid to Waterville is actually retrieved.' But, three months down the line, the public is yet to be informed about the retrieval of the money.