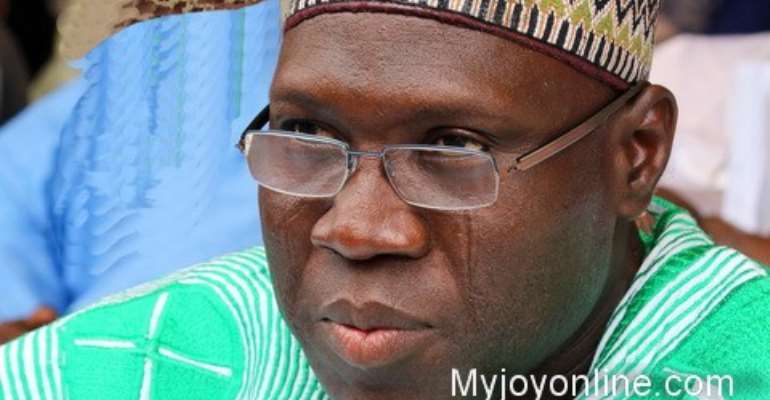 A new ultra modern office complex is to be constructed to house the Headquarters of the Lands Commission in Accra, the Minister of Lands and Natural Resources, Alhaji Inusah Fuseini has disclosed.

The new office complex which is to ensure a better working environment for the staff of the Commission and most importantly to facilitate the One-Stop-Shop Concept to help eliminate or reduce to the barest minimum personal contact between the public and officials in land transactions, is being funded by KfW of Germany with counterpart funding from the Government of Ghana.

Alhaji Fuseini made the disclosure during a tour of some selected offices and the site for new Head Office Complex of the Lands Commission by the Parliamentary Select Committee on Lands and Forestry on TUESDAY SEPTEMBER 9, 2013 in Accra.

To re-position the Commission to deliver efficient and value for money services to the public, Alhaji Fuseini indicated that another One-Stop-Shop Complex is to be built in Kumasi. The Minister explained that the operationalization of the One-Stop-Shop concept would ensure speedy and less cumbersome process of land registration; and would provide a single window of client service provision, as well as bring all the Agencies involved in the registration of land under one roof.

According to Alhaji Fuseini, the Government of Ghana, through the Ministry of Lands and Natural Resources, has paid a total amount of GHC350,000 as compensation to Project Affected Persons in both Accra and Kumasi to pave way for construction works to commence.

The Lands and Natural Resources Minister hinted that a number of legal and regulatory reforms were envisaged under the Land Administration Project which would require the consent of the Hon. Members of Parliament for it to see the light of day and therefore expressed delight that the Committee Members were present to interact and acquaint themselves with the activities and operations of the Commission.

Alhaji Fuseini, expressed the Government's appreciation to the World Bank, German Government and the Canadian International Development Agency for their continued support for the Project.